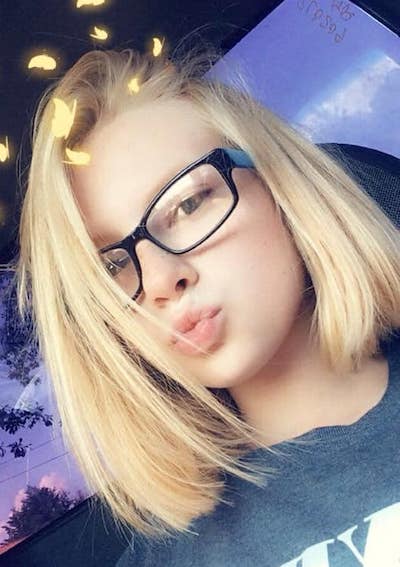 A LIFE LOST WAY TOO SOON: BRENDA MAYNARD, 15 YEARS OF AGE, DIED EARLY SUNDAY MORNING IN AN AUTOMOBILE CRASH IN MARTIN COUNTY. THERE WERE ALSO TWO MORE INDIVIDUALS IN THE VEHICLE, ONE OF WHOM WAS FLOWN OUT BY HELICOPTER TO AN AREA HOSPITAL, WHILE THE THIRD PERSON REFUSED MEDICAL TREATMENT AT THE CRASH SCENE.

A car crash that happened early Sunday morning in Martin County, Kentucky, resulted in a tragic deadly turn, when a 15-year-old girl died as a result in the accident.

According to the Kentucky state police along with Martin County coroner, they were called to the scene of a car crash in Martin County early Sunday morning on Old KY Route 3, also known as Rockcastle Road, in Inez near Sycamore Estates (approximately 1 mile north of Inez) which was  closed for several hours.

Martin County Coroner Chris Todd stated to Hazard, KY. television news station WYMT, one car was involved and three people were inside. One of those was flown to Pikeville Medical Center for their injuries and another refused treatment at the scene. The third victim, a young girl, did not survive.

Chris Todd identified the deceased victim as Brenda Maynard, 15, of Inez, as the young girl who died in the Sunday morning car crash, and that Brenda Maynard was a passenger in the car.

Another passenger was flown to Pikeville Medical Center for their injuries, though Chris Todd had no update on that person’s condition; but a relative of the injured crash victim identified that person on social media as Juanita Bowen, and that she had to have surgery on both knees as a result of her injuries, and that she would released from the hospital sometime within the next couple of days.

WYMT news spoked to a local resident, Terry Maynard, who lives only a few feet from the crash scene.

“No, not as long as I lived here and I’ve been here probably eight-years ,” said Terry Maynard. “No, we’ve had nothing like this. I just hate it because someone lost their life and others were hurt.”