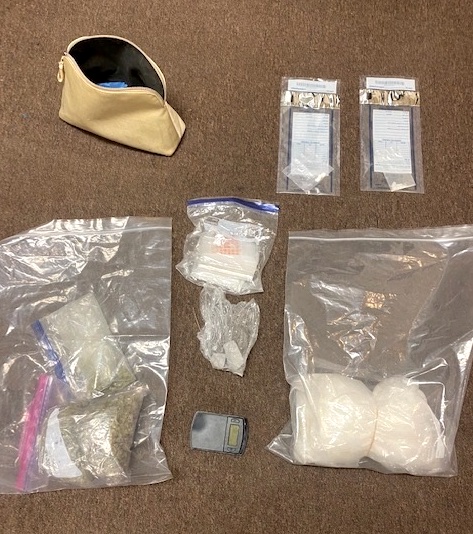 March 30, 2022 – While on routine patrol Ptl. Chase Kirk observed what he believed to be a vehicle that had been reported stolen last month. Ptl. Kirk confirmed that it was in fact the vehicle in question and detained the subject, Shelly Ann Collins, 33, of Louisville (formerly of Louisa), for receiving stolen property.

During the course of his investigation Ptl. Kirk located (3) three pounds of Methamphetamine, (4) four ounces of Marijuana, (1) one ounce of Heroin, scales, and small baggies.