Louisa, Ky After falling for the first time earlier this week Lawrence Co. ( 5-1 ) started 58th District action with a sweep of Floyd Central ( 2-2 ) on Thursday and Friday. 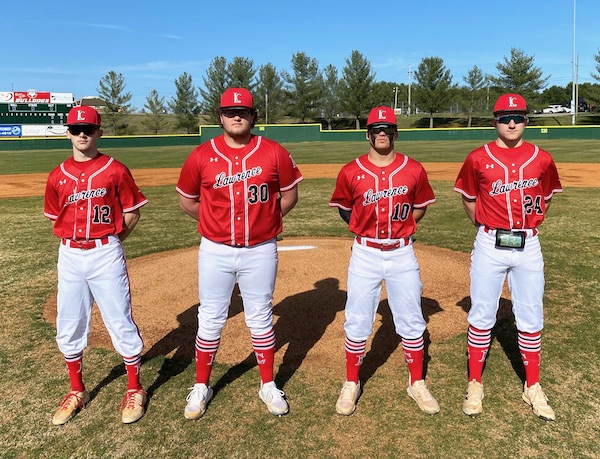 Abner Collinsworth had two hits and two RBIs including a home run over the center field wall and Jake Derifield went four innings on the mound to pick up the victory at Randy Keeton field.

Grover Maynard continued his hot hitting with two hits and two RBIs, Blue Fletcher and Luke Patton had two hits, scored twice and drove in a run, Bryce Blevins and Eli Fletcher singled, scored and drove in a run each, Will Lafferty and Mason Preston singled and scored a run, Nick Collinsworth had one RBI and Ryan Marcum scored a run.

Lafferty closed out the victory with one inning on the mound.

Talon Pollack went four and 2/3 innings to get the win. Eli Fletcher hit the final two outs to earn the save in the road victory. 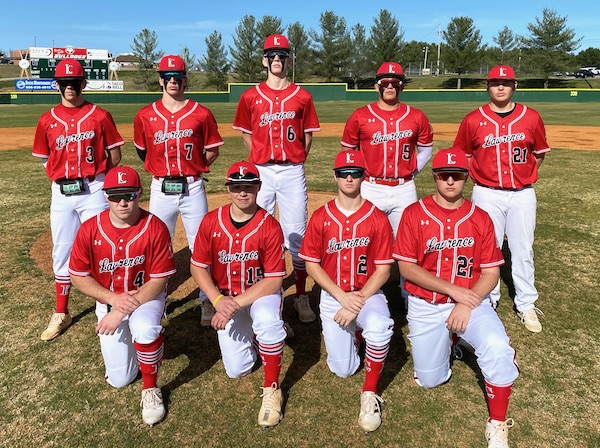 “… Good to get two district wins under our belt early. Floyd Central seems to always play us tough through the years.”

“… In Game 1 we came out rolling and seem to just take our foot off the petal offensively. Credit them for chipping away and we were fortunate to come out with a win on the road.”

“… Game 2 I thought Jake did a great job on the mound of attacking the strike zone and we took care of business pretty quick. We had double digit hits in both games and really found a lot of barrels up and down the lineup.”

“… I believe when the season gets settled in this will be a very dynamic and dangerous offensive ball club.”