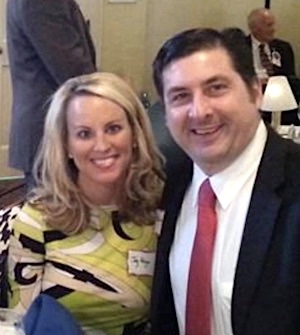 The soon to be ex-Lawrence County Attorney and his wife, who were originally indicted for federal fraud charges in 2021, pleaded guilty on Tuesday, March 22.

According to federal court documents, Michael Hogan and Joy Hogan motioned for re-arraignment, instead of going to their trial, which was scheduled to begin on Monday, April 4, In Lexington, KY.

Michael Hogan and his wife, who was his legal secretary at both his county attorney office and private practice, were indicted on June 3, 2021, by a federal grand jury in Lexington on charges of conspiracy to commit wire fraud, wire fraud, and federal program theft.

The indictment alleges that Michael paid Joy more than $365,000 from a second tax account from the Lawrence County Attorney’s Office between March 8, 2013, and April 30, 2020.

“Because the Defendants’ motions demonstrate their intent to plead guilty rather than proceed to trial, the Court will continue the trial date as to both Defendants and schedule these matters for re-arraignment,” said the latest federal court document.

Both Michael and Joy Hogan’s re-arraignment request were granted by a federal judge, and it will happen on Monday, March 28. It is then that after their guilty plea in federal court, the judge will set a later court date for Mike and Joy Hogan’s scheduled sentencings.

DAWGS BEAT JOHNSON CENTRAL AND MAGOFFIN CO. ON BACK TO BACK NIGHTS