BASEBALL DAWGS RALLY FOR THREE IN THE SEVENTH TO STUN HUNTINGTON; HOME OPENER MONDAY VERSUS PAINTSVILLE

Huntington, W. Va. — Lawrence Co. ( 3-0 ) scored three runs in the seventh inning to overcome some sloppy defense in a 5-4 victory over Huntington ( 1-1 ) on Friday at Cook-Holbrook Field. 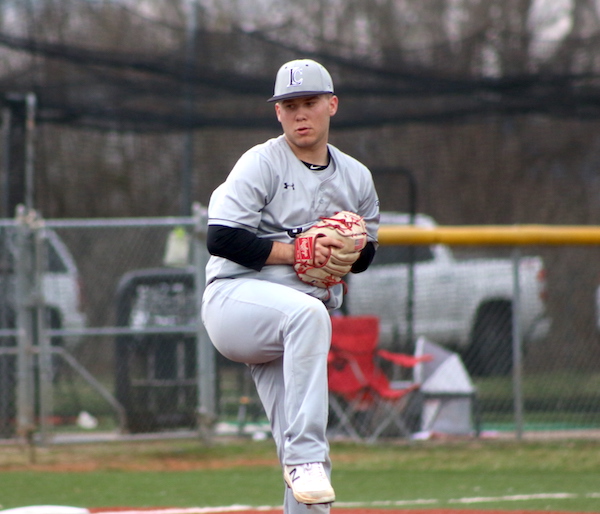 Marshall signee Bryce Blevins picked up his first victory of the season going six innings and allowed zero earned runs. Jake Derifield pitched the seventh inning and earned the save.

Trailing 4-2 headed to the seventh inning the Dawgs scored three times to take the lead. Will Lafferty scored the game winning run.

Will Lafferty greeted by a happy dugout after scoring the go ahead run in the top of the seventh inning. 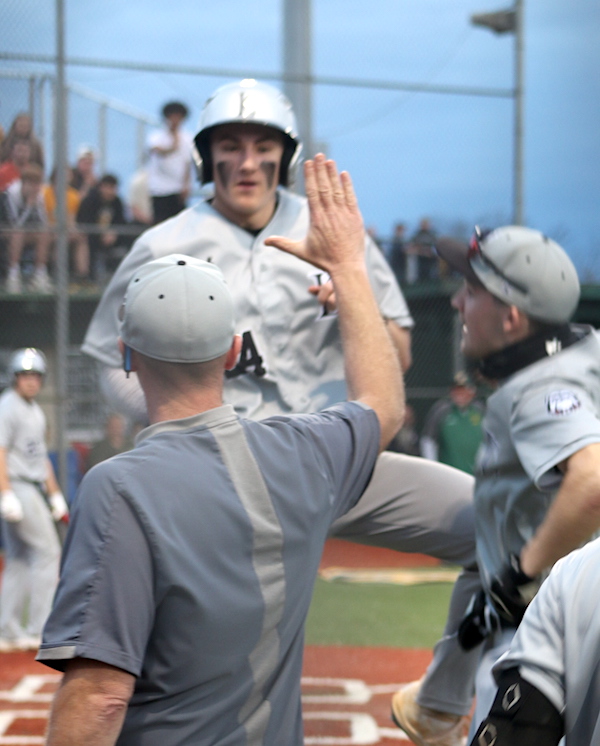 The two teams combined for 12 errors in the game. 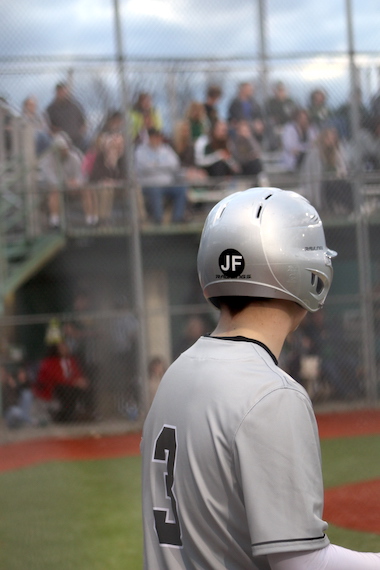 The Dawgs scored 12 runs in the top of the first inning and cruised to the three inning victory in a contest played at Pikeville.

Talon Pollack went two innings to get the victory and Will Lafferty pitched the third inning.

The Bulldogs opened the season with a shutout victory behind Luke Patton who made his first start for Lawrence Co. and went five innings to get the win. Blue Fletcher pitched the final two innings to earn the save.

The Bulldogs will play at home for the first time on Monday against Paintsville.

CATCHER Blue Fletcher frames strike three in the bottom of the first inning versus Huntington. 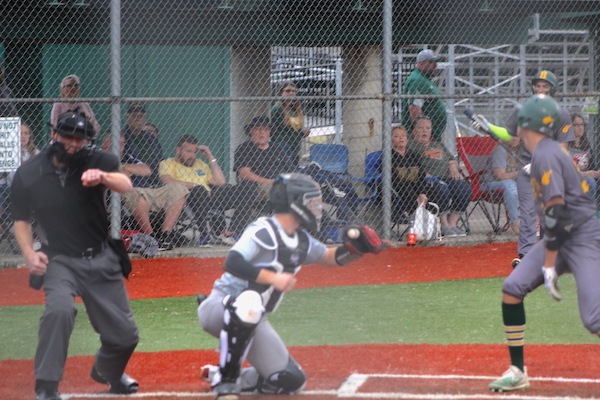 “…We lost a little bit of focus in the 4th inning, and nobody could really tell. We didn’t execute offensively in the 4th or 5th innings and blew a lot off opportunities. If the game is four or five to nothing you’re probably not as tight defensively. The wheels fell off in the bottom of the fifth inning. I don’t have a magic pill of confidence for them to take. Confidence is demonstrative performance. You want to be confident go out and make plays and perform.”

“… We made some plays in the end to get the win. Big at bat by Nick Collinsworth to lead off the seventh inning, Blue Fletcher had a good at bat, Will Lafferty comes through and we get the lead. Tip your hat to Jake Derifield who comes in and gets the job done. He needed that moment he really grew up tonight, he has great stuff and had the top of the order up and got two quick outs and should have had the third one but we shifted Eli up the middle and the guy found a hole and take blame for that one. Proud of our guys for coming back and winning that game. Huntington has a really good ball club and for us to come over here on the road in our third game of the week when we been out late all week it’s feels pretty good to end the week with a win.”