Louisa, Ky Lawrence Co. Softball ( 2-1 ) bounced back with a 11-1 victory over Letcher Co. Central on Saturday at Home. 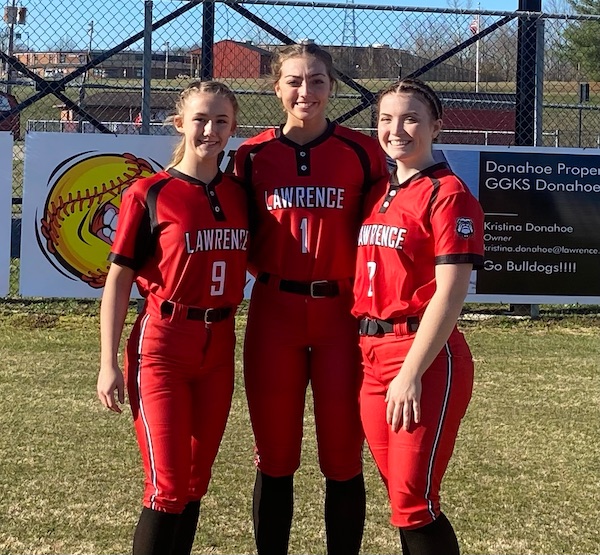 8th grader Taylor Blevins went the distance in the five inning mercy rule victory. She allowed one unearned run, one hit, struck out three and walked two Cougars. She also had two hits to help her cause. 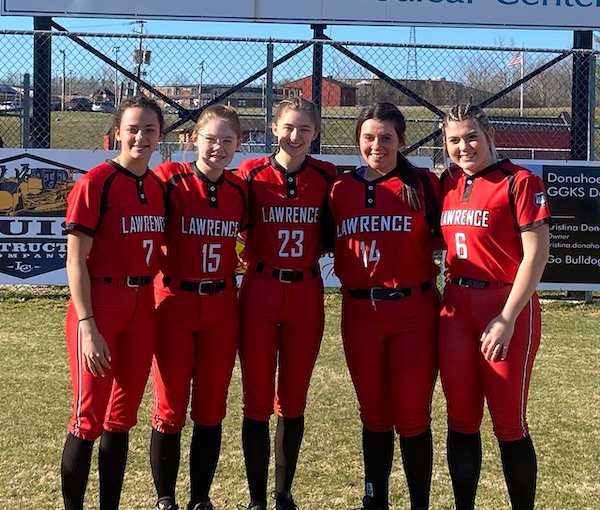 The Bulldogs will return to action on Monday with a huge home game versus Johnson Central ( 1-0 ) at 6:00.

“… Against Letcher Central We started slow and gave them the run they got. We need to be better on defense. That was our problem last year. We lead the state in scoring but just couldn’t play clean all year and it seems we are starting that way this season”

“… I was happy to see our bats get rolling. Bree Jones, Dani Crum, Kensley Feltner and Taylor Blevins all multiple hits. Shelby Blevins launched the killing shot over the centerfield fence. That thing was smoked, we had horrible winds and she still managed to send it ! Taylor Blevins pitched well. It’s early but I like my squad.”

“… Against Lewis Co. on Thursday Lewis We killed ourselves. Too many errors and just couldn’t catch up to Cole. She’s very talented.”