Louisa, Ky. — University of Pikeville is getting two dandy basketball players next season in Bulldog seniors Cody Maynard and Trenton Adkins after both signed on the dotted line recently. 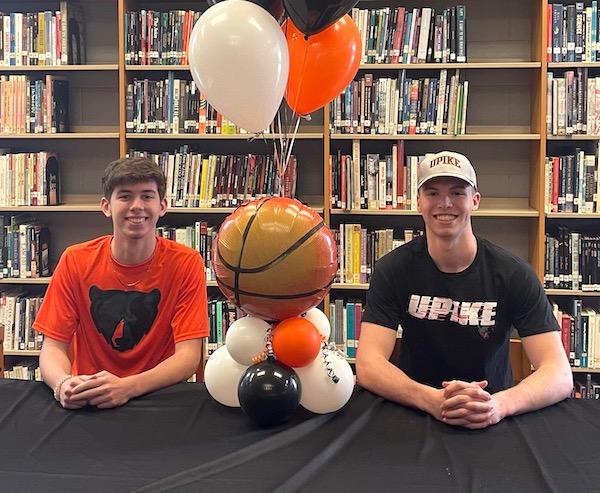 Trenton Adkins was a 1,000 point scorer and grabbed over 500 rebounds in his Bulldog career, he scored over 15 points per game and hauled in over 9 rebounds per contest his senior season. 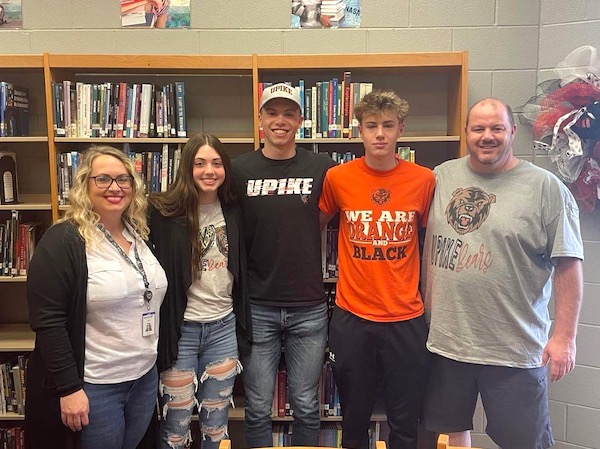 Cody Maynard scored over 2,000 points in his illustrious career, he led the Dawgs in scoring this season with 649 points which is over 22 per game he also averaged over 4 rebounds per contest, knocked down 75 three pointers and hit 75% of his free throws this past season. 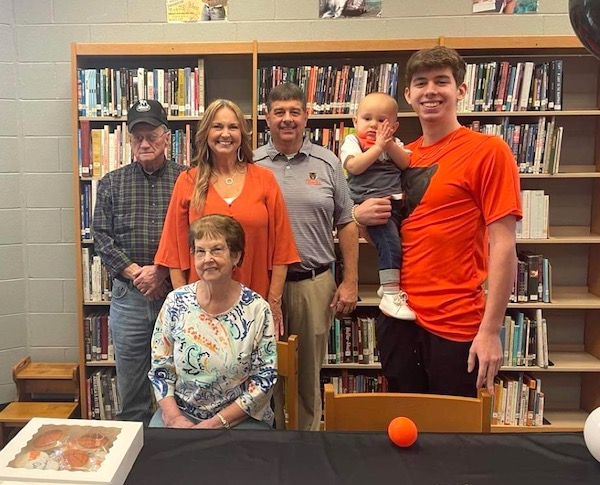 UPike plays in the Mid-South conference and finished 17-13 this past season.

“… I couldn’t be more proud of Cody and Trenton for signing to continue their athletic and academic careers at UPIKE. These two guys have been staples in our program for a very long time. Although I am proud of them for all of their accomplishments on the basketball court, I am even more proud of them for the type of people they are and the leadership they have shown our younger guys in the program. I have no doubts that they will both go on to be successful and I certainly look forward to cheering them on along the way!”

“… It just felt like home since the day I stepped onto campus, and also knowing Cody would be up there also was a huge factor in deciding with UPIKE. I never really considered any other school.”

“… My career at LC was nothing short of amazing. When coach Thompson got here everyone of us were subtle to do anything but in the end it was the best thing that could’ve happened to our group of guys. He believed in me from the start and helped mold me into the player I am now. We’ve accomplished 3 region tournament appearances, 1 district championships and 1 region runner during the 3 years of him being here. Wearing the red and black and evolving into a leader for my teammates and even the younger generation for their future. And all while doing that people taking notice of me becoming a great leader and role model brings me joy that I was able to be that type of person for LC.”

“… What attracted me to UPike was how much it felt like home. As soon as I arrived on campus for a visit the coaches made it feel like a place that I wanted to be. They were also very informative and responsive throughout the recruitment process and made it clear that they wanted me as a part in their program. It was mainly between UPike and Transylvania, but as soon as I took my visit to UPike I knew that’s where I wanted to be.”

“ It’s still hard to believe that it’s over, but Lawrence County has been my home ever since I was a little kid and has provided me with the best opportunities to turn me into the player I am today. I’m thankful for all the coaches, fans, mentors, and teammates i’ve had throughout my career. I’ve enjoyed every second of being in a LC uniform and wouldn’t have traded it for the world. On to the next chapter now!”

GROWING UP IN LOUISA: Gumming it Up!