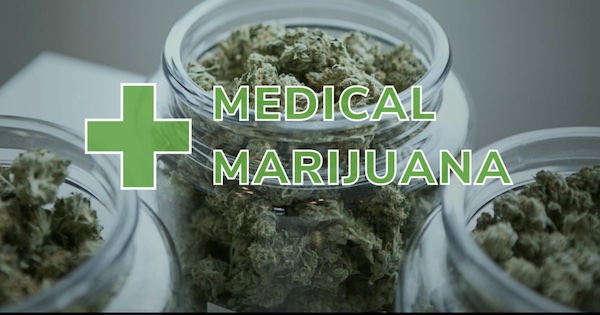 FRANKFORT— Doctors may soon be permitted to prescribe medicinal cannabis to Kentuckians with certain medical conditions.

The bill’s primary sponsor, Rep. Jason Nemes, R-Louisville, has carried similar legislation in the House before, but the measures failed to receive approval from both chambers. Nemes said he’s worked with many people over the years to make changes to the legislation that more lawmakers could support.

Nemes added he does not support recreational marijuana and was originally against medicinal marijuana, but had a change of heart after hearing about the benefits of medicinal cannabis.

HB 136 would not allow people to grow their own marijuana or smoke cannabis, aside from vaping. Nemes said only Kentuckians 21 and older would be permitted to vape medicinal cannabis.

Another provision of the bill would create four different licenses to prevent just one person or company from being able to grow, process, dispense and test medicinal cannabis for safety. Prescriptions would also be tracked through the Kentucky All Schedule Prescription Electronic Reporting (KASPER) system.

On the House floor, Nemes successfully amended the bill to require legislative approval for conditions to be added or removed from the approved list.

Rep. Rachel Roberts, D-Newport, also successfully amended the bill to add post-traumatic stress disorder to the list of approved conditions. She said out of the 37 other states that have legalized medicinal cannabis, all of them allow it as a treatment for PTSD. A clinical diagnosis would be required for a patient to be eligible for a medicinal cannabis prescription.

Rep. Al Gentry, D-Louisville, spoke on the House floor in favor of HB 136 by sharing how medicinal cannabis has helped people he knows.

“I know real people that have had their lives turned around by these products, and a lot of them are living in the closet or living in secrecy because they feel like they’re a criminal,” Gentry said.

Rep. Chris Fugate, R-Chavies, said he understands and has compassion for people who are in pain, but he has legal concerns about the bill.

Nemes said while marijuana is illegal under federal law, the federal government has said it would not prosecute against cannabis use for medicinal purposes in states where it is legal.

Rep. Patti Minter, D-Bowling Green, also voted in favor of HB 136 with her constituents in mind.

“I’ve cast many votes in support of medicinal marijuana before because the people of District 20 asked me to do it — people from every walk of life,” Minter said.

The House approved HB 136 by a 59-34 vote. It will now go before the Senate for consideration.

CARTER COUNTY MAN ARRESTED BY KSP WITH LOAD OF DRUGS