TWO LAWRENCE COUNTY WOMEN, MAN ORIGINALLY FROM JOHNSON COUNTY, GET ARRESTED IN FLOYD COUNTY FOR TRAFFICKING FENTANYL, AND OTHER DRUGS

POLICE RECEIVED TIP THAT DRUG TRIO WERE IN PRESTONSBURG SELLING VERY POTENT DRUGS, AND HAD BEEN OPERATING THEIR DRUG DEALINGS IN A THREE COUNTY AREA 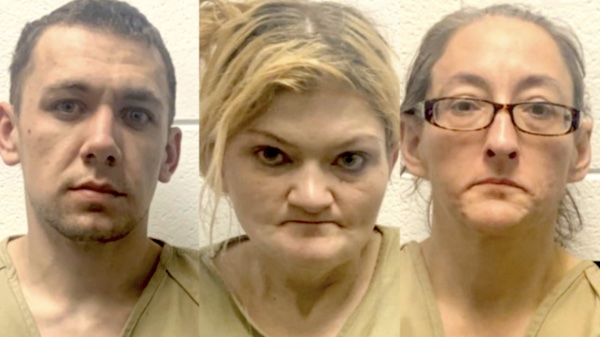 Two Lawrence County women, who were traveling along with a man who is an ex-Johnson County native, were all arrested, after they got busted for major drug trafficking in Floyd County, Kentucky last week.

Prestonsburg Police say several lives were likely saved as the result of tips that resulted in the arrests of three people for trafficking in fentanyl and other drugs.

According to the arrest report, Prestonsburg Police Department Detective Brad Caldwell and Patrolman Dennis Hutchinson were investigating reports that an unknown man going by the name of “Florida Alexander” was selling a significant amount of drugs in Floyd, Johnson and Lawrence counties, when they received a tip that he was in Prestonsburg, KY.

Undercover officers spotted the car and surrounded it in a gas station parking lot once the vehicle stopped. A man in the car, later identified as Franklin J. Penix, 26, formerly of West Van Lear, KY., in Johnson County, but who is currently residing in Portsmouth,Ohio; found himself in an unfortunate out of the blue ‘uh-oh’ moment, during in when which Mr. Penix was allegedly holding a large bag of meth in his hands when officers opened the car door.

Law enforcement officials found a total of 1.5 ounces of meth in the car, along with 4.25 grams of fentanyl and a variety of pills, along with trafficking materials.

DRUG CONTRABAND EVIDENCE THAT WAS SEIZED DURING THE ARRESTS OF THE THREE SUSPECTS.

All three of the suspects were charged with first-degree trafficking offenses in Fentanyl, Meth and Opiates, along with Tampering with Physical Evidence and Promoting Contraband. They are currently being held in the Floyd County Detention Center in Prestonsburg, Kentucky. 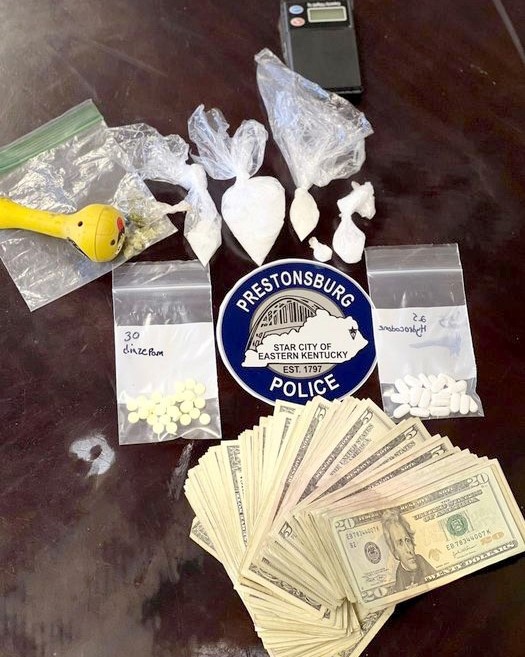 Medical marijuana appears to have more traction than ever in Ky.