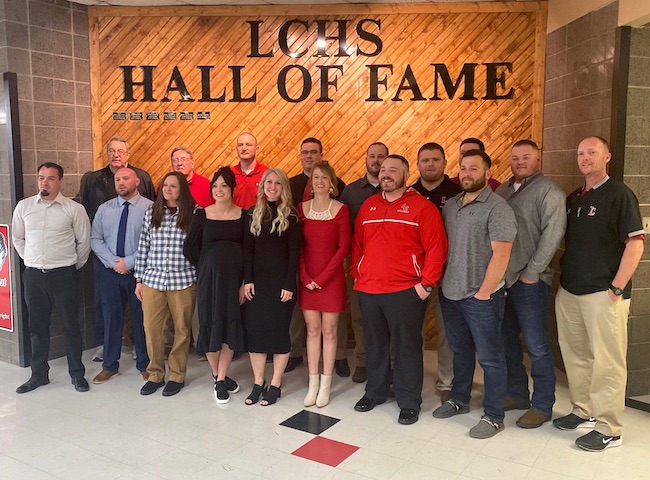 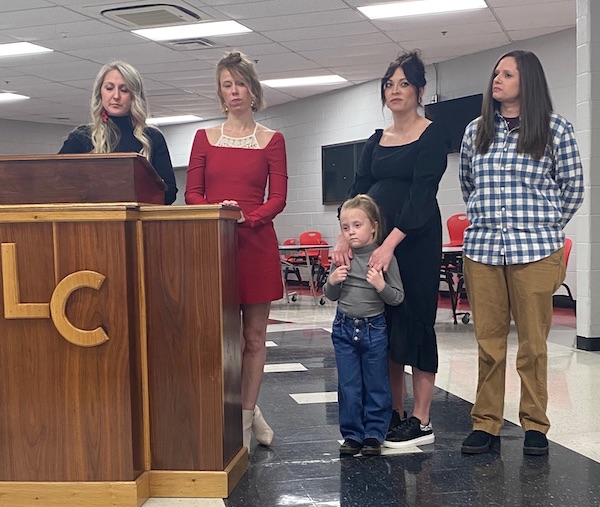 The 2005 state champion relay team of Hilary Laney, Lynden O’brian, Bree Frazier, and Jenna Kelly ran a winning time of 1:47:43, they also finished runner up in the 4×100 event.

The 2006 state champion relay team of Hilary Laney, Lynden O’brian, Bree Frazier and Iris Meddings ran a winning time of 1:46:04 they also finished runner up in the 4×100 event.

We would like to mention a special group of parents that coached them – Pam and Brian Frazier and Joey and Jene O’brian and recognize their hard work and sacrifice that made all of this possible. 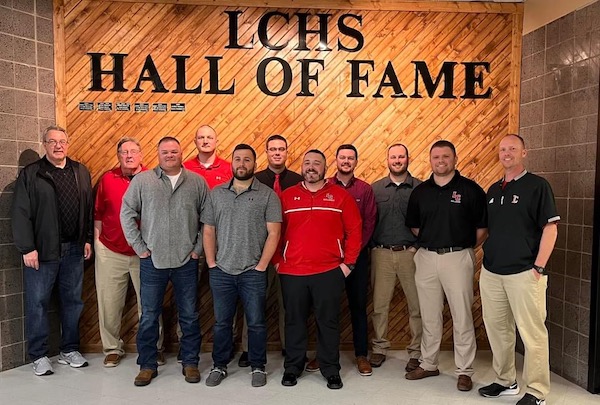 * The 2008 LCHS Baseball team that finished as the KHSAA state runner up.

This group of young men enjoyed a season for the ages in the spring of 2008, Winning a then school record 32 games, Went undefeated in Region play, outscored it’s opponents for the season 283 runs and only allowed an astounding 93 runs in 40 games. They Buzz-sawed through the post season outscoring it’s opponents 93-11 all the way to the state championship game.

This team had several all-state players and 11 players off the team would go on to play some at the collegiate level, including one making it all the way to the Major Leagues Chandler Shepherd.

Jarius won back-to-back state championships in wrestling, was ranked nationally in his weight class, and was awarded as an Academic All- American.

Won 149 matches in his high school career, 99 of those resulting in a pin.

Jarius was awarded a wrestling scholarship at Campbellsville University- went on to be a 2-time national qualifier, ranked #7 nationally in weight class, and a 2-time Academic All-American.

Due to an injury only able to compete 2 years in college.

Awarded Army ROTC scholarship, following graduation commissioned into the US Army as an officer in the Military Police Corps- he served for 10 years.

Jarius now works for the US Army Crime Records Center in Quanitco VA where he lives with his wife, Melinda of 12 years and his two children Jeremiah and Ava.

Jacob was a 3 time state champion as well as being awarded the overall Most Outstanding Wrestler in the state twice.

Jacob was awarded a wrestling scholarship at Campbellsville University.

In 2007 he was an NAIA All-American placing 3rd as a true freshman in the National Championships.

In 2008 Jacob was preseason ranked #1 in the country, unfortunately his wrestling career as a competitor came to an end due to an injury.

Jacob graduated from Campbellsville University where he currently serves as the Head assistant coach and recruiting coordinator.

Jacob lives in Campbellsville Ky with his wife Ashtian of 9 years and his 3 kids- Kylie, Millie, and Finley

“… Very special night indeed. Our inaugural class is nothing short of spectacular. These men and women represented our school and community as well as any ever have and brought great recognition and pride to our school.”

“… Every one of them spoke of the obstacles they had to overcome to enjoy the successes they eventually attained. It’s a great reflection of their character and drive for excellence which should be what being a Hall of Famer is all about.”

“… I have had the pleasure in my career of having a front row seat to every one of these champions during their career and as I reflect back on those years I marvel at what they were able to accomplish.”

“… I want to personally thank each member of the Hall of Fame committee who have sacrificed so much to make this all possible. This includes Principal Christy Moore who has been beyond supportive.”

“… Also like to publicly thank Mr Alan Bradshaw and his young men and women in carpentry class who built the HOF wall that is a centerpiece of pride for our school.”

Lawrence County Court Docket for the week of March 7-10