Logan, W. Va. — Tolsia boys basketball falls 67-52 versus Van in the first round of the Region 4 Section 1 tournament Wednesday at Willie Akers Arena.

Colton Austin attempts a three pointer in the first quarter versus Van. 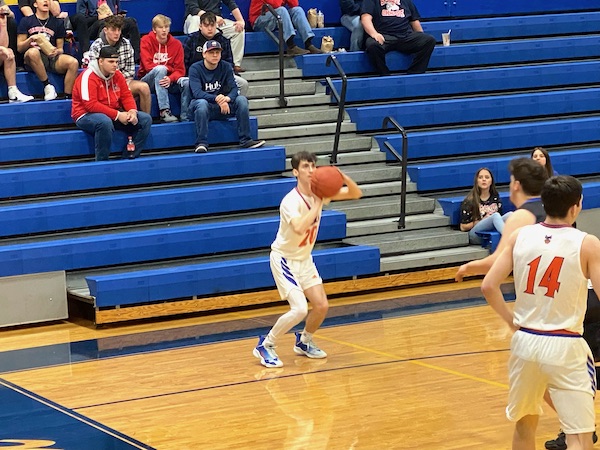 The Rebels went 5 of 11 from the foul line and hit 5 three pointers.

Ben Clayton knocking down a three pointer in the second quarter. 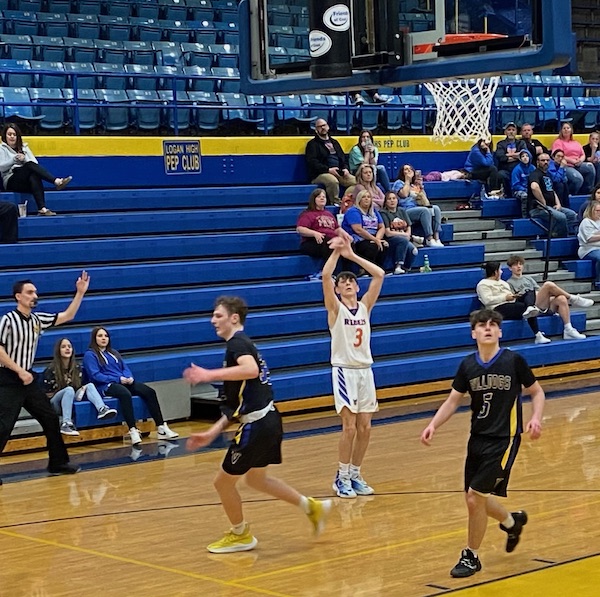 The Bulldogs went 26 of 41 from the foul line and hit 5 three pointers.

Van will play #1 Man in one semifinal and Tug Valley will play Sherman in the other semifinal Thursday night in Logan.

The Championship game will be Saturday at 7:00 in Logan.

Parker Watts at the foul line against Van Thursday night. 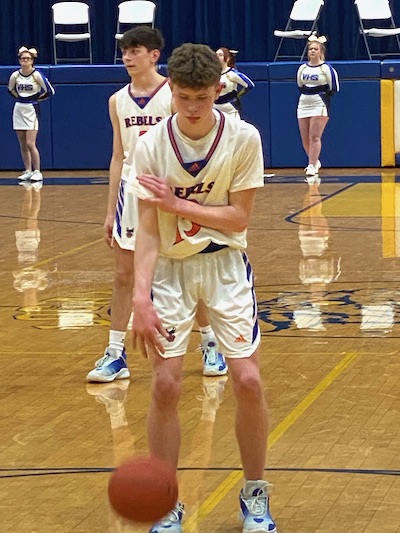 “… We had five guys foul out and they shot 41 free throws, yes I said that correct 41 free throws and the bad part about it was the referees were laughing about it. Truly unprofessional display tonight. We never could get in sync from the start tonight. We made a good run in the second quarter and took the lead and then gave up back to back three pointers. Told them who the shooters were and we let them just catch and shoot with no resistance.”

“… In the second half we played selfishly and went one on one and that’s just not us. When we ran out offense or a set play we got a good shot and scored but just know enough of that during the game. We worked on that all week but didn’t do it enough tonight. We played hard at times but didn’t sustain it for the entire game. On defense we didn’t deny them the ball and when they got it we would try and swipe from behind, we just aren’t sound enough defensively. We tried every defense that we have tonight and none of them worked honestly.”

“… We will sit down as coaches and evaluate ourselves first and then with the players and we will get back to work. We have a few playing baseball and the others it will be time to improve. This off-season is very important for the underclassman and will be what they make of it. “

“… Our five seniors laid the foundation for our future and we had five good ones in Anthony Lovins, Ray Muncy, CJ Johnson, Dylan Dawson and Eli Blackburn I wouldn’t trade those five for any other in the state. Me and Eli have butted heads a few times but I have a ton of respect for him and all of our seniors.”

Junior Autumn Block will be a key catalyst for the Rebels next season. 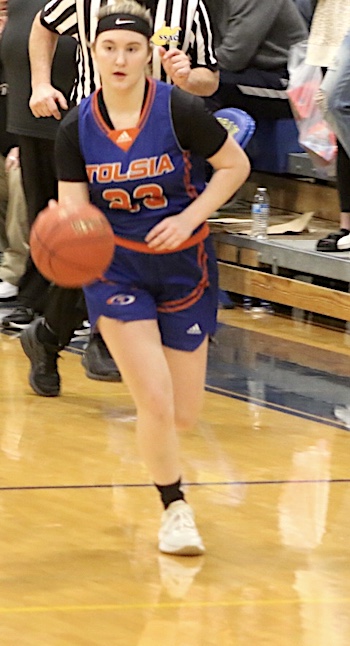 The Rebels hit 2 three pointers and went 9 of 21 from the foul line.

The Titans hit 3 three pointers and went 22 of 32 from the free throw line.

Senior Brooklyn Evans will be missed on the inside next season.

Gilmer Co. will be the #1 seed in the State tournament and will play #8 Union on Tuesday at the Charleston Coliseum and Convention Center at 5:00.

Senior Lynndsey Cassell was a key component for Tolsia this season. 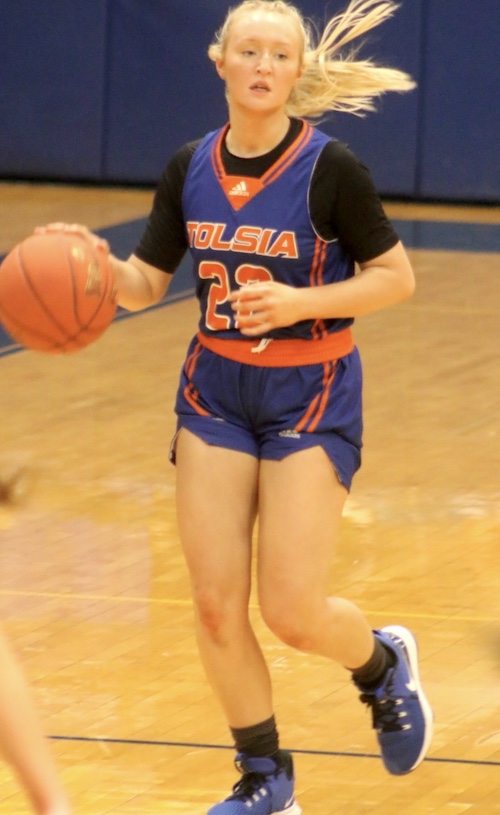 “… The Lady Rebels fought valiantly against number one Gilmer County and came up a bit short. We executed our game plan well, competed hard and I was proud of our girls. We are definitely confident that we can compete at the top level in Single A. However, give Gilmer County their due, they made plays and hit shots to get the win. We were saddled with early foul trouble, didn’t finish well early and had to battle from behind all night. I am so proud of this year’s team and what they have persevered through to get to the finish. To finish at 15-7 with the schedule, injuries and illnesses we went through was a tremendous accomplishment . We were ranked as high as #3 in Class A in the state and deservedly so, that is a great accomplishment as well.”

“… We will miss our three seniors – Lynndsey Cassell, Graci Snyder and Brooklyn Evans next season. They have left a great legacy here with there talent, work ethic and daily effort to improve. They were great leaders on the team and will be missed, they will all be successful next year in whatever endeavors they choose. They are great people and will always be part of the Lady Rebel Family.”

“… I want to thank all my assistant coaches this year for all their help and support both on and off the court. The Tolsia High Administration , Mr. Trevor Little Principal and Wade Cyrus the Athletic Director for their support of Girls Basketball. I want to close with a wonderful saying about the season we had , ” Don’t be sad that it’s ended, be happy you got to experience it.”

“…This season was a fun ride and Lady Rebel Basketball is poised for the future! Thanks to the Levisa Lazer for their unwavering support of our program as well!”