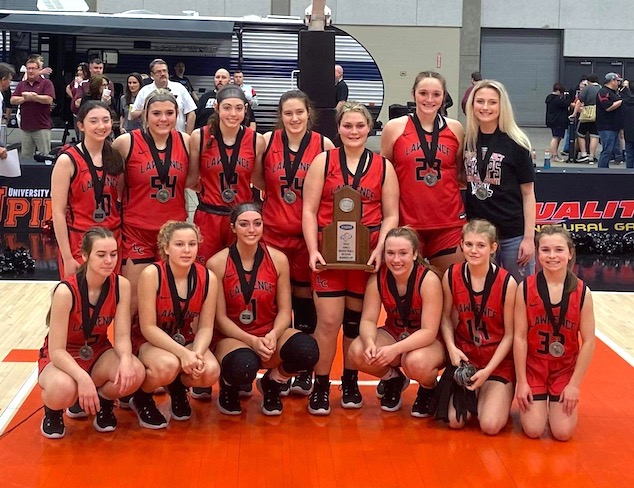 The Panthers hit 3 three pointers on 10 attempts and went 9 of 11 from the foul line. 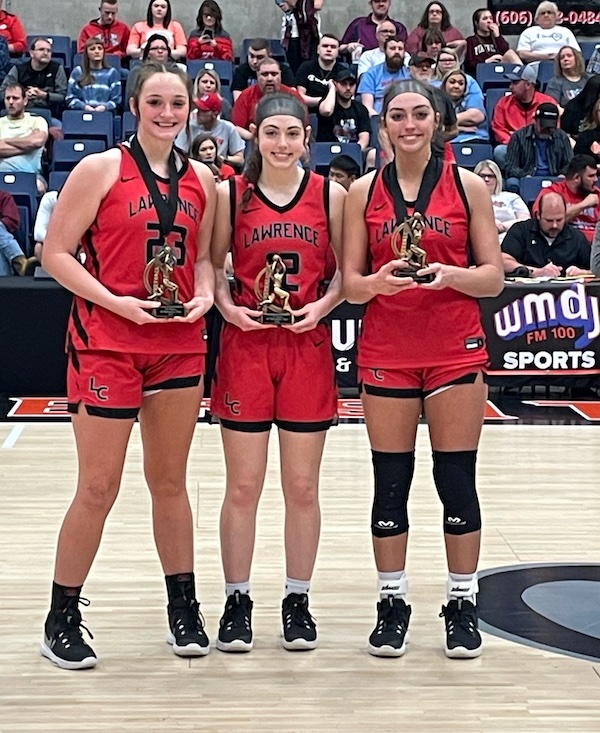 Lawrence Co. won a school record 27 games, played in the region championship for the first time since 1983 and won a District championship for the third straight season. The Dawgs only lose one Senior, Tyra Hammond, and hope to have sharpshooter Brooke Neal back from injury for her Senior season.

“… What a season for this group of girls. Our season ending on Saturday playing for a regional championship and falling short was heartbreaking. It was the first time since 1983 that we had the opportunity to play for a regional championship. We are so proud of our girls. I look back on many possessions I’d like to have to do over but at the end of the day those are situations we need to learn from and get better prepared for next season. A few questionable calls could have also changed the game but this experience has made us more hungry to get right back there again battling for another championship next season.”

“… This season has been such a special one for us. They have set the school record for most wins with 27. This group of girls have combined for 3 straight district championships and finished our season playing for the regional championship. Above all of those things they are amazing young ladies that also do the work in the classroom as well. It was an honor and privilege to coach them this season and just to be a small part of their lives. We are so thankful for the parents who have been so supportive this season, to the cheerleaders who have been with us on our amazing run and also so thankful for the fans and community who have supported us as well. None of this would be possible without all of you. We are truly blessed to live in a wonderful community like we do. We are looking forward to another great season next year.”

LAWRENCE CO. WILL PLAY FOR A REGION TITLE FOR THE FIRST TIME SINCE 1983 AFTER BEATING PAINTSVILLE IN THE SEMIFINALS

Pikeville, Ky Lawrence Co. ( 27-7 ) will play for a 15th Region title after polishing off Paintsville 70-54 in the semifinals on Friday night at the Appalachian Wireless Arena. 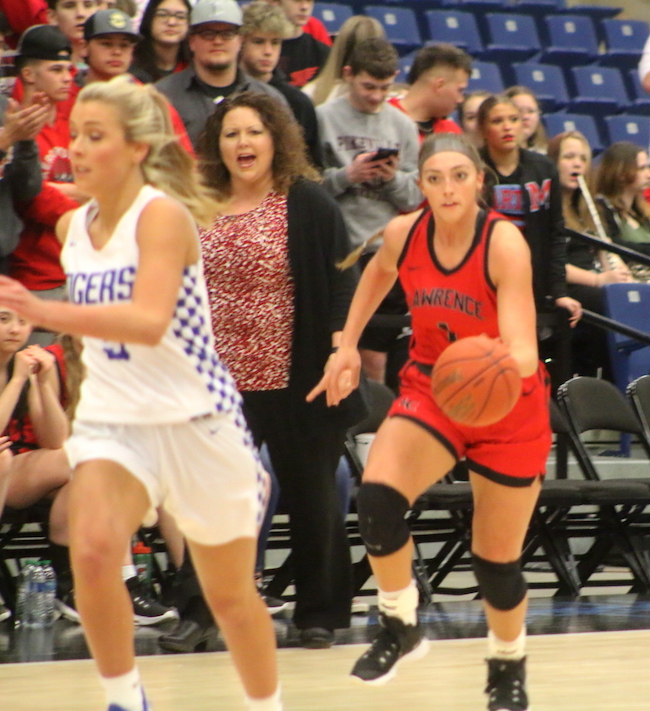 Leandra Curnutte had 13 points against her former team. 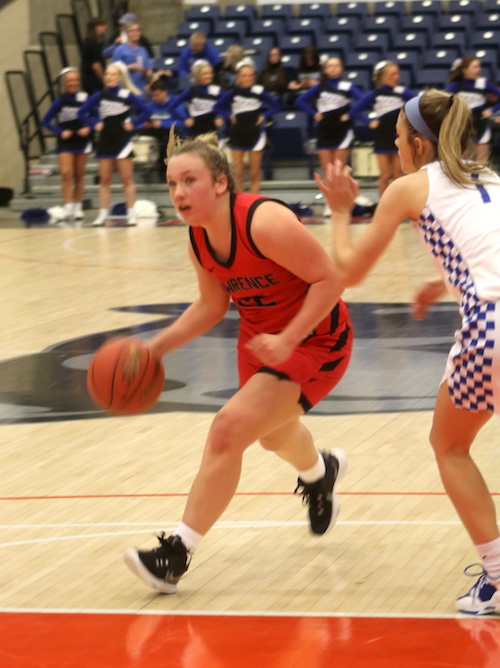 The Tigers ( 19-13 ) were led by Emilea Preece with 28 points and 8 rebounds, Ava Hyden added 8 points, Kylie Kinner and Eliza Howard had 6 points each, Camryn Helton and Kali Mulcahy had 3 points each.

Paintsville hit 9 three pointers on 35 attempts and went 13 of 18 from the foul line.

The Bulldogs will play Pikeville ( 30-2 ) at 4:30 on Saturday for the 15th Region championship after the Panthers beat Martin Co. 71-47 in the first semifinal Friday.

The two teams met in Pikeville on February 1st with the Panthers beating the Dawgs 61-47.

“ Proud of our girls tonight. This team is special. We told them tonight we got one more to finish this special season.”

OSBORNE AND DERIFIELD WANT YOUR VOTE FOR LAWRENCE COUNTY ATTORNEY