The 6U all-star team played in 5 total tournaments. They ended up winning 4 of these tournaments and finished 2nd in the other. Their record ended up approximately 14-1. The 6U team roster is Lucas Block, Tucker Dixon, Kristian Johnson, Aiden Newsome, Rylan Spillman, Colton Bentley, Charlie Spillman, Ty Muncy, Eli Block, and Waylon Raines. 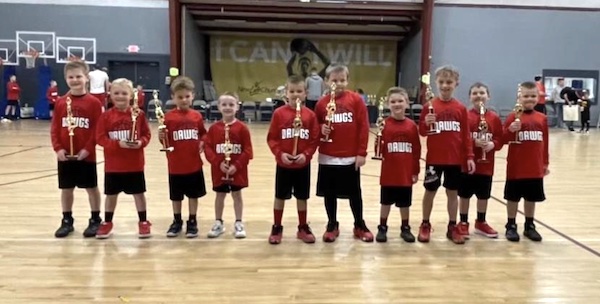 The 7U all-star team played in 3 tournaments in their age group and won them all. They stepped up a class and played 2 tournaments a year above their age group and finished runner-up in both. They beat teams from Kentucky, Ohio, and West Virginia. Their record ended up approximately 15-3. The 7U team roster is Tucker Muncy, Easton Caudill, Brayson Raines, Jake Vanhoose, Noah Stewart, Colton Anderson, Foster Cline, Tucker Dixon, and Lucas Block. 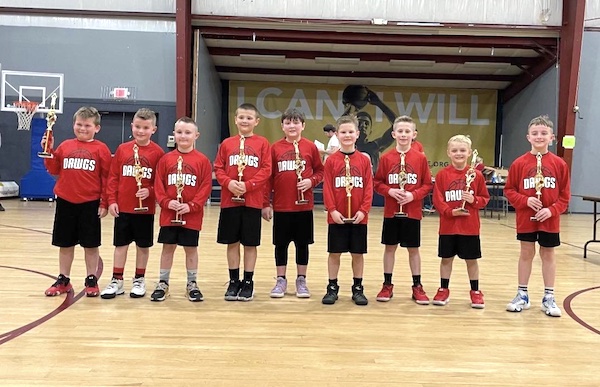 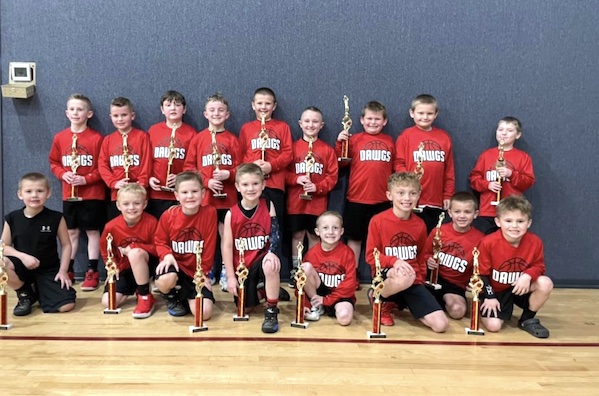 Both teams cheered each other on for the championship games. They even stuck around and took a team photo showing off their championship trophies.

“…A lot of the 6- and 7-year-old players had never played competitive all-star basketball. It is very different than your regular league ball. Each team is picking the best of their leagues to come and beat you. The bigger leagues will have players from multiple states and 6-7 different schools. We chose to stay local only.

“…Our players worked hard in the gym, progressed their game, and the results were even better than what we thought. This is a great group of kids with a lot of potential. If they keep working, the sky is the limit for them.

“…I am very proud of how they represented their community. We had numerous coaches from other leagues tell us how respectful and all-around great players our kids were. That’s a testament to their parents. It was a pleasure to coach them. It was the Jimmys and Joes, not the Xs and Os.”