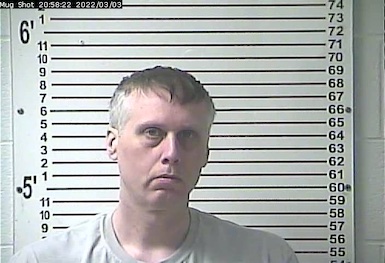 A Hardin County, Kentucky man was busted by a state police special unit after he was found to be possessing and distributing child sex exploitation pornography imageries on the interent.

Timothy Wright was arrested as the result of an undercover Internet Crimes Against Children (ICAC) investigation. The KSP Electronic Crime Branch began the investigation after discovering the suspect sharing images of child sexual exploitation online.

The investigation resulted in a search warrant at a residence in Vine Grove on March 3, 2022. Equipment used to facilitate the crime was seized and taken to KSP’s forensic laboratory for examination.

If he were to be convicted on all charges at a court trial, Timothy Shawn Wright, could face a prison sentence from 70 years to up to 200 years in state prison. 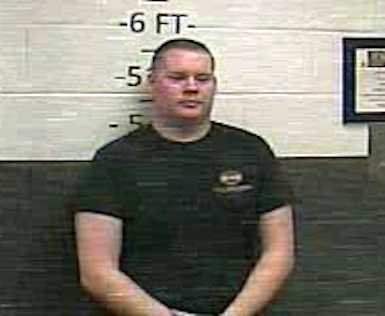 BAD, DIRTY COP? OR INNOCENT VICTIM? DUSTIN TYLER WATKINS, 31, OF STEARNS, KY., WHO IS A TRANSYLVANIA UNIVERSITY POLICE, & WAS PREVIOUSLY A FORMER MCCREARY COUNTY, KY SHERIFF DEPUTY, WAS ARRESTED AFTER BEING ACCUSED & INDICTED ON FIRST-DEGREE RAPE, THAT ALLEGEDLY HAPPENED IN 2020 WHILE HE WAS A DEPUTY.

A former McCreary Sheriff Office deputy who currently works as a police officer for a private university in Fayette County, KY. area, was arrested by the Kentucky State Police after he was indicted by s grand jury on the charge of rape while he was working at his prior law enforcemt agency position.

According to a press release statement, on Wednesday, March 2, 2022, the Kentucky State Police (KSP) Post 11, in London, KY., in Laurel County, troopers served an indictment warrant, making an arrest as the result of a rape investigation stemming from 2020.

KSP Post 11 Trooper Dackery Larkey began the investigation in 2020 and recently presented the case to the McCreary County Grand Jury, which returned an indictment warrant for a suspect in the case. This morning Post 11 Troopers located and arrested Dustin Tyler Watkins, 31, of Stearns, KY, at the place of his employment in Lexington, KY.

Dustin Watkins, who currently serves as an officer with the Transylvania University Police Department, had previously served as a McCreary County Sheriff’s Deputy at the time of the alleged incident that ended in leading to his arrest. Dutin Watkins is charged with: *RAPE, 1ST DEGREE, and was then transported to the Whitley County Detention Center in Williamsburg, KY. He is currently being held on a $100,000 bond

Both the Transylvania Police Department and the McCreary County Sheriff’s Department were fully cooperative throughout the KSP investigation. 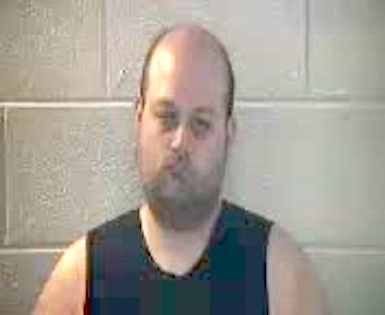 A Pulaski County, Kentucky man was busted by a state police special unit after he was found to be distributing child sex exploitation pornography imageries on the interent.

Freeman was interviewed and arrested as the result of an undercover Internet Crimes Against Children (ICAC) investigation. The KSP Electronic Crime Branch began the investigation after discovering the suspect distributing sexually explicit images online.

The investigation resulted in the execution of a search warrant at Boat Dock Rod, in Somerset, KY. on February 24, 2022. Equipment used to facilitate the crime was seized and taken to KSP’s forensic laboratory for examination.

If he were to be convicted on all charges at a court trial, Kyle Matthew Freeman, could face a prison sentence of from 169 years to up to 365 years in state prison.

Kyle MatthewFreeman was transported to and lodged in the Pulaski County Detention Center in Somerset, KY. His first court date was scheduled for Wednesday, March 2, at 9:00 A.M., in Pulaski County District Court 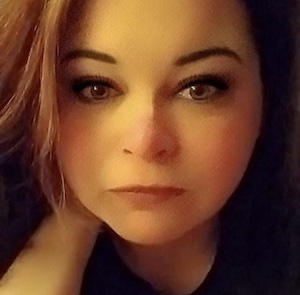 WELL, IF YOU WERE A PRISON INMATE, THE VERY PRETTY, BUT DIRTY GIRL NEARLY EVERY MALE PRISONER AND HAVE THE FEMALE PRISONERS WOULD MORE THAN HAPPY TO GET “RAPED” BY THIS GAL!: ELIZABETH DAWN MOORE, 38, OF POWDERLY, KY., WAS ARRESTED FOR HAVING ILLEGAL SEXUAL AFFAIR AT STAE PRISON IN MUHLENBERG cOUNTY, KY.

A Muhlenberg County, Kentucky woman was arrested by state police after she was found to be having an “intimate affair” with a male prison inmate at a state prison where she worked as a private contract employee.

According to a press release statement from the Kentucky State Police (KSP) Post 2, in Nortonville, KY., in Hopkins County, they received a call from the Green River Correctional Complex (GRCC, a 982 bed medium/minimum security adult male state prison, which is a in Central City, KY., in Muhlenberg County, on Tuesday, February 22, in reference to a contract employee being involved in a sexual relationship with an inmate.

KSP Trooper Curtis Crick responded to the facility and opened an investigation. The investigation resulted in the arrest of Elizabeth Dawn Koonce, 38, of Powderly, KY. Elizabeth Koonce was working as a food service employee for GRCC with Aramark, a contract company with GRCC for food services.

Elizabeth Dawn Koonce was charged with *RAPE, 3RD DEGREE (DETENTION FACILITY), and she was transported to and lodged in the Muhlenberg County Detention Center in Greenville, KY. Miss Koonce has been released from the jail after posting her bond.

The investigation remains ongoing and is being conducted by KSP Trooper Curtis Crick. 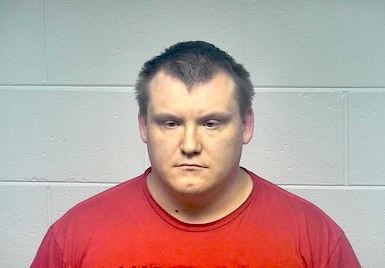 According to a press release report from the Kentucky State Police Post 5, in Campbellsburg, Ky., in Henry County; a KSP Post 5 detective received information from another law enforcement agency in reference to a Gallatin County, KY. man possibly possessing illegal matter.

Throughout the course of the investigation the detective was able to gather sufficient information to obtain a search warrant for the subject’s phone.

A forensic search of the phone resulted in Michael Darby, 28, of Warsaw, Kentucky, being charged with thirty(30) counts of Possession of Matter Portraying a Sexual Performance By Minor Under 12 years of age, a Class C felony, punishable by with five to ten years in prison.

If he were to be convicted on all charges at a court trial, Matthew Darby could face a prison sentence from 150 years to up to 300 years in state prison.

Matthew Darby has been lodged in the Carroll County Detention Center, in Carrollton, KY., since December 3, 2021, after he originally arrested on three separate charge counts of *SEXUAL ABUSE, 1ST DEGREE, VICTIM UNDER/12 YEARS OF AGE. His bond was set at that time for $250,000 full cash only 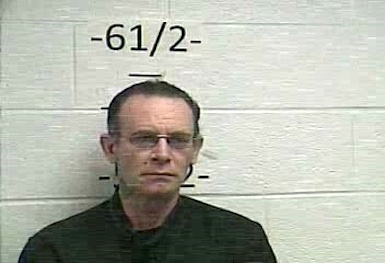 According to troopers with the Kentucky State Police, they arrested Charles Donnie Durham 41, of Corbin, KY., on February 19, after he allegedly met up with an underage girl he met on Snapchat, arranging a meeting, and then bringing her back to his house on February16.

Charles Durham allegedly kept the girl there for two days, refusing to let her leave. Troopers indicated that another underage girl was present, but it is unclear if Charles Durham will face any more charges related to the second girl.

Charles Durham is currently being held in the Whitley County Detention Center in Williamsburg, KY., after he was denied without any bond by a judge. 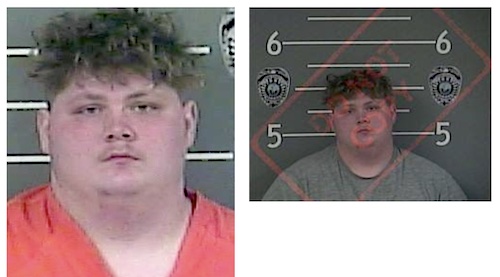 BARELY AN ADULT, BUT IN A WORLD OF BIG BAD BOY CRIMINAL TROUBLE: JOHN DOUGLAS TACKETT, 18, OF PRINTER, KY; WAS FOUND IN PIKEVILLE,KY., HAVING SEX WITH A 12 YEAR OLD GIRL IN HIS TRUCK AT THE TOP OF A PARKING GARAGE IN THE EARLY A.M MORNING HOUR.

An adult teenage Floyd County man who was arrested in Pikeville in the latter part of February on a non-violent rape charge, was taken back to jail after being indicted in the case two days after his original arrest, and now, is facing an additional new charge in the indictment.

Upon investigation, the officer found the source of the complaint, as it was coming from a GMC pickup, where the officer allegedly found John Tackett in the bed of his pickup with a half-nude 12-year-old on the top floor level of a downtown parking garage.

After the officer discovered the girl’s age, John Tackett claimed he thought she was 16, but the girl countered and protested that he did know of her age.

On Thursday, February 24, a Pike County, KY. grand jury issued an indictment charging John Douglas Tackett with: *RAPE, 2ND DEGREE-NO FORCE, and also a new charge, that was which of: *SODOMY, 2ND DEGREE.

John Douglas Tackett had been placed on home confinement under a $20,000 unsecured bond earlier this week. Mr Tackett was then rearrested and is currently in the Pike County jail on no bond allowed.