DAWGS BOUNCED BY PIKEVILLE IN 15TH REGION TOURNAMENT FIRST ROUND

Pikeville, Ky. —  It was a valiant comeback but Lawrence Co. ( 24-8 ) fell short in a 63-57 loss to Pikeville ( 29-2) Wednesday night in the first round of 15th region tournament at the Appalachian Wireless Arena.

Cody Maynard driving by #23 Alex Rogers of Pikeville during the Region tournament. 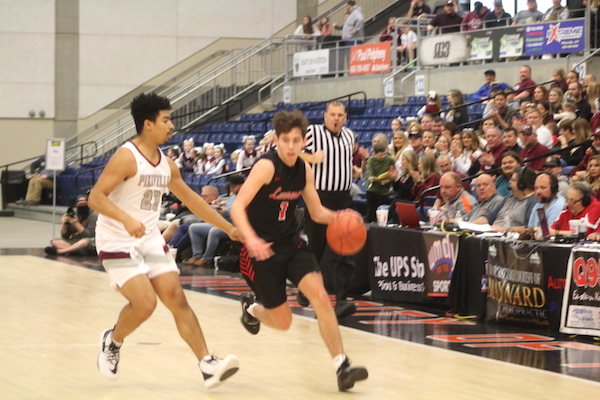 Trailing by as many as 19 points the Bulldogs fought all the way and got it to five points but couldn’t get any closer to the Panthers. 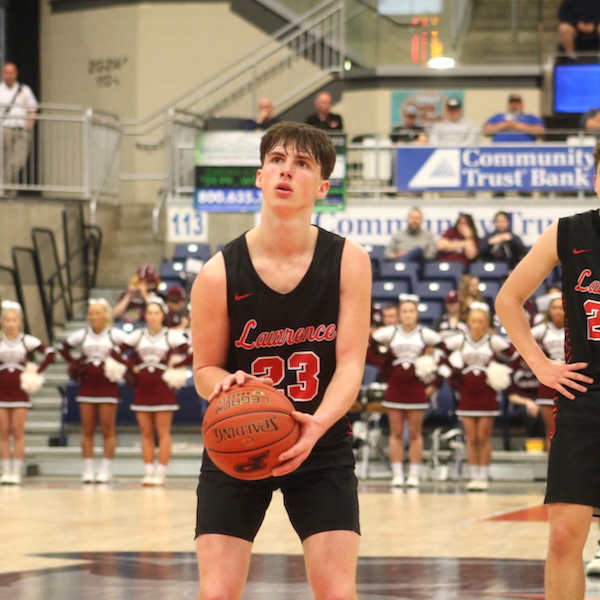 The Bulldogs hit 6 three pointers on 16 attempts and went 9 of 12 from the three point line.

The Panthers hit 8 three pointers on 19 attempts and went 15 of 19 from the free throw line.

Trenton Adkins looks over the Pikeville defense Wednesday in the Region tournament. 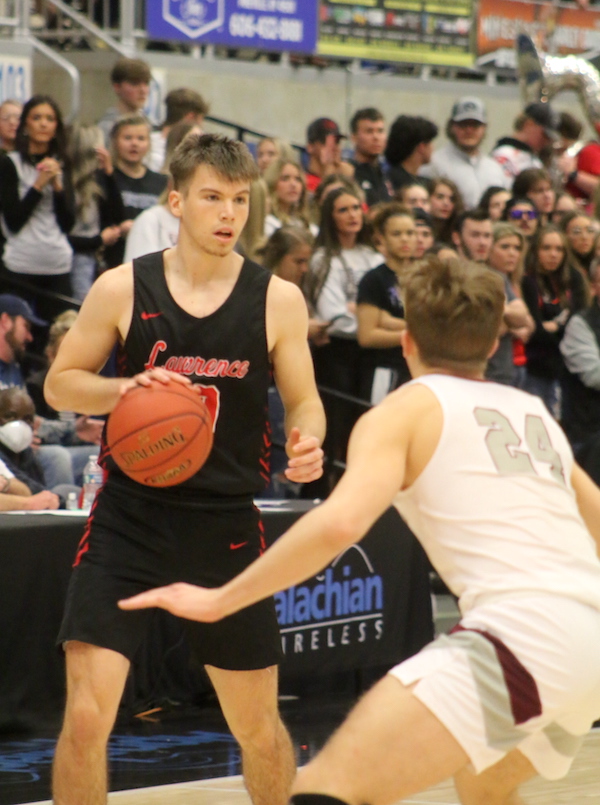 Pikeville will play Martin Co. Saturday at 6:30 in the first semifinal after the Cardinals beat Belfry 53-49 in the first game Wednesday. 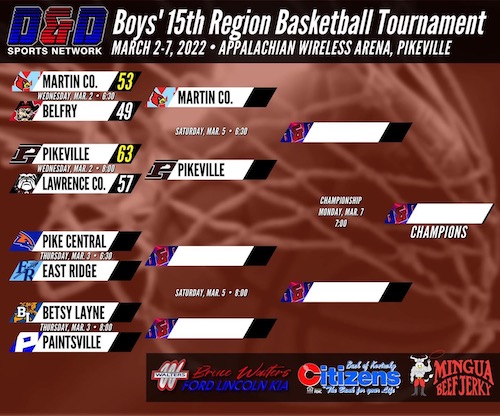 “… Definitely not the end you want to have in a season. However, I couldn’t be more proud of this team and the seniors that have led us on a great ride this year. This team has won a lot of games this season (24). That is the second most wins in a regular season in school history. They won the 2A and advanced to the final four of the state tournament.”

“… About 25 games in, we battled some adversity losing Tyler to a broken leg. As much as our kids hurt because of that, they truly stepped up and gave it all they had in the final stretch of the season. As a coach, you can’t ask for anything more than that. Although we came up short last night to a 29-2 Pikeville team, this team has a lot to be proud of. On top of all the accomplishments they achieved on the basketball court- they made great relationships and memories. That’s the important part. This is a special group from top to bottom. This senior class has done a great job leading and I have no doubt that our younger guys have learned a lot through them. I am one blessed coach to have been along for the ride and I look forward to our current juniors stepping up their roles and becoming senior leaders!”