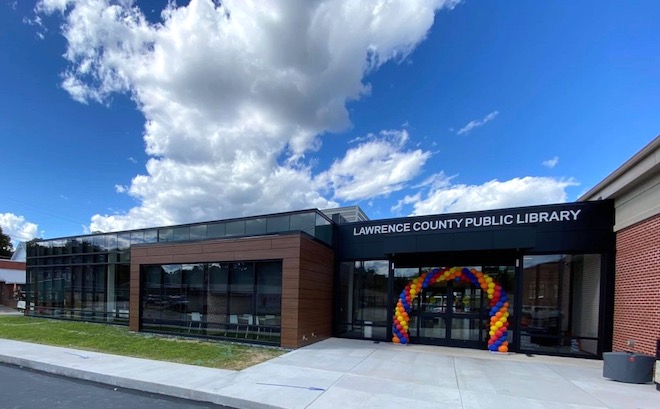 Exclusive to the Lazer

Preston is challenging Carter in the May Republican Primary for County Judge/Executive.

Documents retrieved through open records requests and other public records show that the library board started construction of a new addition in April 2019. A request for proposal (RFP) was issued in March 2019 for an owner’s representative.

Codell Construction was hired by the board to provide owner’s representative services. Codell employed Preston as the on-site manager for the project.

Elliott Construction of Pikeville was hired as the general contractor for the project. Construction started on April 1, 2019, to be completed by the end of March 2020. 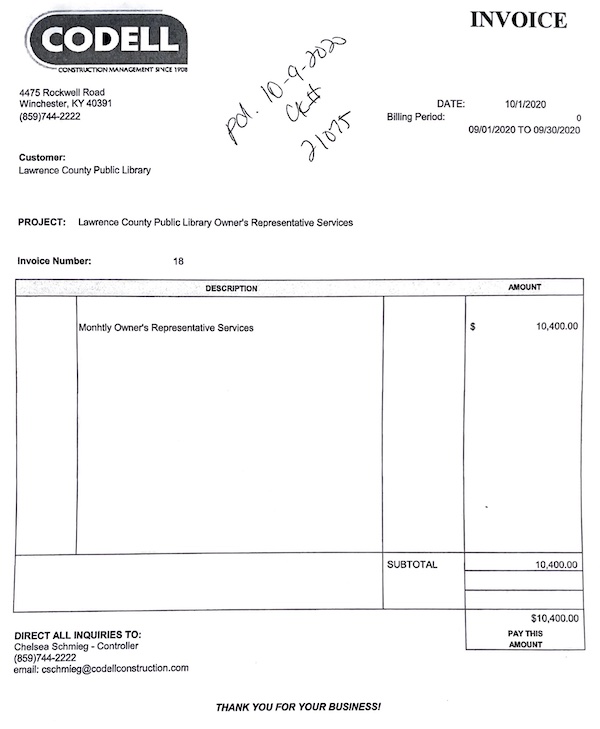 The Lawrence Co. Public Library Board operates as an independent agency. The library board does not have any oversight from the Lawrence Co. Fiscal Court.

Nonetheless, in an exclusive interview with the Lazer, Judge Carter says he has serious concerns about the library board’s actions and the decision to pay Codell and Preston over $187,000 for on-site management fees during an 18-month period, some $107,000 more than the original agreement specified.

“Why would the library board need to hire an owner’s representative/project manager to look over a well-qualified general contractor they had hired unless it was just being done as a political favor to take care of somebody,” Carter said.

“Lawrence County’s taxpayers are stretched to the max, and no governmental agency should be abusing public dollars in this manner,” continued Carter.

Carter further questioned Codell and Preston’s effectiveness in managing the Lawrence Co. Library Addition construction, as the project was six months late getting completed.  No records have been received to show time extensions or change orders to the Codell contract to explain the lateness.

“Codell Construction has built the Lawrence Co. Judicial Center, the Lawrence Co. Public Library Addition, and now they are doing the renovations and additions to Lawrence Co. High School. And who is Codell’s man but Heath Preston, who is also the chairman of the school board and now he wants my job. I would submit to the taxpayers of Lawrence County that they literally can’t afford Heath Preston as county judge/executive, based on his history,” Carter said.