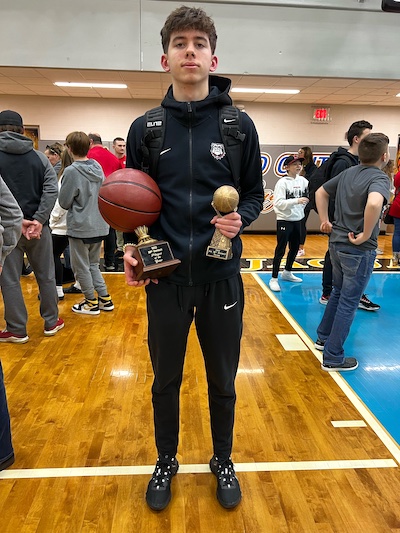 Cody Maynard led the Dawgs with 28 points and went 16 for 16 from the foul line, Trenton Adkins and Andrew Bloomfield tallied 13 points each, Kaden Gillispie netted 7 points and Dawson Bellomy chipped in with 3 points.

The Bulldogs hit 5 three pointers and went 25 of 28 from the foul line.

The Bobcats hit 5 three pointers and went 11 of 22 from the foul line.

58th District Runner up for Cheerleading and Basketball 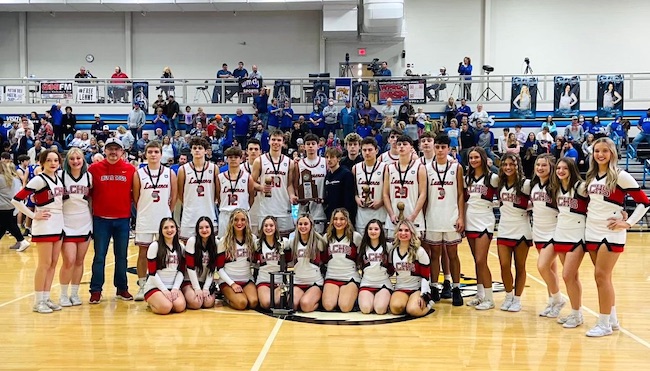 The Dawgs will play either Martin Co., Pikeville or Pike Co. Central in the first round of the 15th Region tournament held at the Appalachian Wireless Arena next week.

The Bobcats will play either Paintsville, Belfry or East Ridge in the first round next week.

The draw will be Saturday afternoon at 2:00.

All District team from Lawrence Co.

“… Tough loss in the district championship, but I am proud of our guys for not giving up and fighting until the very end. Got ourselves in a hole in the first half and ran out of time trying to recover in the second half. Region draw meeting today at 2. Looking forward to see who we will be paired against for our first round game in the region tournament next week.”

Lawrence County Court Docket for the week of February 21-25