As we draw to the close of week 8 of the 2022 Regular Session, we passed significant legislation to help people across the commonwealth.

Senate Bill 194, the Senate’s tax rebate plan was introduced, a proposal to end the COVID-19 state of emergency was voted favorably off the Senate floor and Senate Bill 138, the Teaching America’s Principles Act was passed out of the Senate, where it now proceeds to the House.

SJR 150  Senate Joint Resolution, sponsored by Senator Donald Douglas (R – Nicholasville), aims to end the COVID-19 State of Emergency declared by Governor Andy Beshear on March 6, 2020, and was voted favorably out of committee and off the Senate floor this week.

Prior to the legislature’s involvement in COVID-related decision making in 2020, the governor imposed widespread damaging mandates across the state;  all elective medical procedures were halted, statewide mask mandates were imposed, schools were shut down, churches targeted, businesses were forced to close their doors and travel was restricted. Since the onset of the pandemic, overdose deaths, suicides and child abuse rates have skyrocketed. If lawmakers do not repeal this current State of Emergency by March 7, it will expire on April 15, and the governor will have the ability to file another extension.  The General Assembly would then be unable to curtail the extreme actions our governor has proved he is inclined toward, stoking additional fear in the constituency and further damaging our economy.

While the General Assembly recently passed Senate Bill 25, extending a limited state of emergency, the COVID-19 positivity rate for the Commonwealth is significantly lower than it was in January. Until a House Committee Substitute was added to SB 25, it was originally a clean bill providing flexibility for COVID mitigation in schools.  The Senate had to decide whether to pass that bill or leave schools without mitigation funding and thus, in-person funding. We ultimately determined the good of SB 25 outweighed the bad.

SJR 150 is a thoughtful approach to end the Kentucky State of Emergency, as it gives the executive branch time to determine whether to file administrative regulations based upon existing statute. This encourages the governor to engage the legislature as opposed to unilaterally dictating policy. If the governor chooses not to include the General Assembly in legislating, it will be clear to the residents of the Commonwealth he is playing politics with their lives and livelihoods. With COVID-19 here to stay, it is finally time for Kentucky to return to normal and declare COVID an endemic, no longer a pandemic.

SB 138. This bill, also known as the Teaching American Principles Act, extends existing elementary social studies standards to both middle and high school. It encourages a study of United States historical documents and uniting students around our nation’s history, not dividing them through the ideological prisms of Critical Race Theory and other leftist teachings.

SB 138 preserves classroom discussion of controversial aspects of history and the historical oppression of a particular group of people.  It also maintains a teacher’s ability to teach current events on controversial subjects and help students draw their own conclusion. It supports civic learning in settings that students may encounter in their lives, such as the legislative process.  The bill also allows teachers to choose whether to engage in diversity-based training programs.

It does not circumvent the established standards adoption process or diminish employee professional growth and development, nor does it inhibit frank conversations about past injustices done. It prohibits homework assignments, projects or extra credit on political, social-policy or lobbying activities for which a student or their family objects.

SB 138 was drafted in response to the growing concerns from parents, students and teachers alike, that our nation’s history is being rewritten in the academic setting. This has been a growing trend nationwide causing division and angst amongst parents and school boards. SB 138 sets out to unify these groups in the Commonwealth by the inclusion of our nation’s primary source historical documents that embrace the good, the bad and the ugly of the authentic American story. 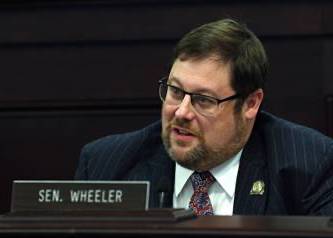 SB 124 is a bill that I proudly sponsored that I believe will provide great opportunities for people throughout the Commonwealth and particularly in eastern Kentucky.  We have constantly seen stories in the news about the lack of trained truck drivers in connection with the supply chain crisis.  In eastern Kentucky, we have many former coal truck drivers who were forced out of the market by bad policy decision in Washington ad who are ready, willing and able to work yet because of COVID or other economic difficulties allowed their license to CDL expire.

SB 124 encourages and assists these folks to re-enter the workforce by allowing CDL license holders to renew expired licenses less than 5 years old without taking the very cumbersome  knowledge and skills tests. So that public safety is protected, this change will only apply to CDL license holders whose license was not suspended, revoked or disqualified. Drivers must submit medical clearance, self-certification, a criminal background check, a review of driving history and a vision test. Any former CDL license holders whose license was suspended because of a failure to submit medical evaluation, may renew their license. Finally, it allows drivers to keep their hazardous materials endorsements if they retake the required examinations.

As an added bonus, holders of a regular driver’s licenses who failed to renew it in the last 5 years may have it reinstated without retaking the written and skills test so long as their license was in good-standing at the time of its revocation.

SB 91 allows licensed dealers to conduct online sales and delivery of a motor vehicle to customers’ residences or other suitable locations if requested by the customer. It modernizes the purchase and sale of automobiles, enabling more convenience in the marketplace for both consumer and merchant.

SB 80, also known as the Micah Shantell Fletcher Bill, is another piece of legislation that I proudly sponsored at the request of Detective Bruce Collins of the Pikeville Police Department and Tracy Fletcher.  Shantell was a beautiful 19-year-old who was found dead while on a visit to UPike.  A criminal investigation was opened and the state medical examiner did a full autopsy and could not determine why she had died.

Thanks to the persistence of Shantell’s mother Tracy, a vial of Shantel’s blood was sent to the University of Virginia where it was tested for genetic abnormalities.  Through the genetic testing, it was determined that Shantel suffered from a genetic heart defect that could have been treated with a simple beta blocker pill.  Because of the knowledge gained from the genetic testing, Shantell’s family was able to get tested to see if they also needed treatment to prevent a sudden cardiac death.  In addition, Detective Collins was able to close his criminal investigation file and devote his time an efforts toward solving actual crimes.

SB80 will require cardiac genetic testing for folks under 40 years of age when the cause of death cannot be determined through a normal post-mortem investigation.  If the genetic test results determine the cause of death, the notice of the death will be reported to the state registrar of vital statistics, who shall record the cause of death on the death certificate.  This information will also allow the family members to get tested to see if they too suffer from these potentially deadly genetic defects.   Through this law, Shantel’s death may save the lives of countless other young citizens throughout the Commonwealth.