REBELS FALL IN SECTION CHAMPIONSHIP GAME; WILL PLAY AT #1 GILMER CO. NEXT WEDNESDAY

#22 Lynndsey Cassell and the Rebel defense was phenomenal holding #10 Kaylea Baisden to 11 points, well below her season average. 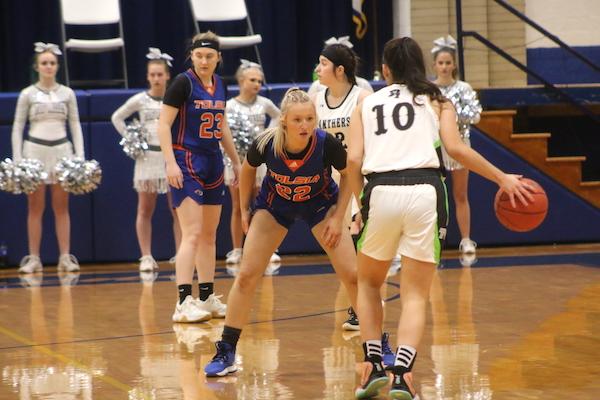 Tug Valley started the game on a 7-0 run before Tolsia took a 14-13 lead early in the second quarter. The Panthers countered with a 13-0 run and led 29-20 at halftime.

In the second half the Rebels couldn’t get any closer than five points the rest of the way, even though they had plenty of chances to cut into the lead. 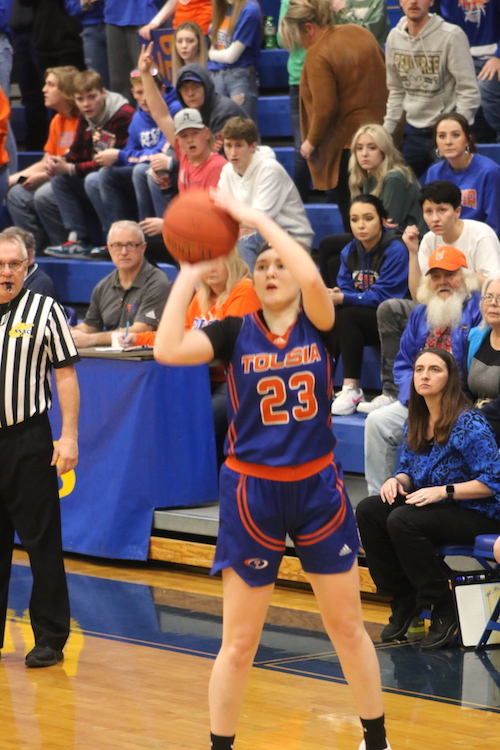 Kerigan Salmons drives right to the basket in the first half against Tug Valley. 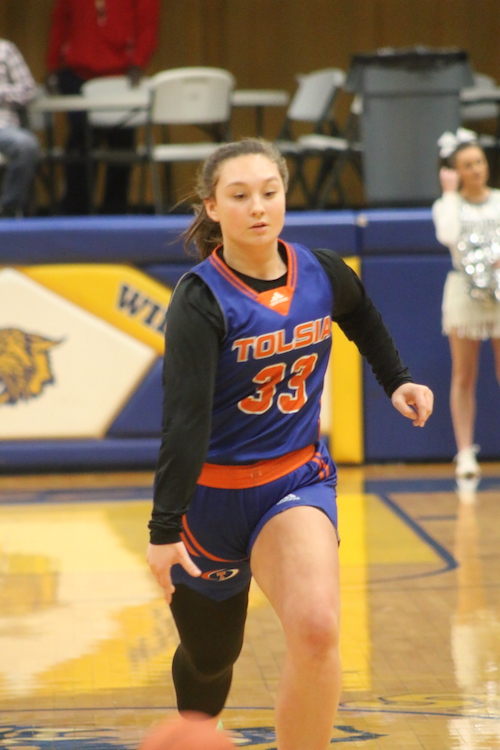 Tolsia connected on 7 three pointers and went 7 of 12 from the foul line.

The Panthers hit 4 three pointers and went 18 of 30 from the foul line.

Both teams will advance to the Region final and will be one win away from the State tournament in Charleston March 8-12.

Tolsia will travel to #1 Gilmer Co. and Tug Valley will host Calhoun Co. both games next Wednesday.

“… I’m so proud of our girls’ fight tonight, they didn’t quit and that’s a positive. They showed a lot of heart all game long. Give Tug Valley credit they are the defending state champions and they have a ton of experience. We get to move on anyway even though we will have to go in the road now.”

“… We missed some easy shots and some free throws as well down the stretch. They did the little things and we didn’t and that was the difference in the ballgame. Our girls showed a lot of guts and I’m so proud of them. No offense to Coach Farley but I would rather be in this locker room anytime. Our goals are still ahead of us.”

“… I thought we did a great job defensively, we held them to 51 and Baisden well below her average and if you would have told me that before the game I tell you that we win. We are much better offensively then we showed tonight. We just didn’t take advantage of the opportunity and that stings. We will regroup tomorrow and get ready to make that trip to Gilmer Co. next Wednesday with a trip to Charleston on the line.”