Kaison Ward drilling one of her three first quarter three pointers versus Prestonsburg. 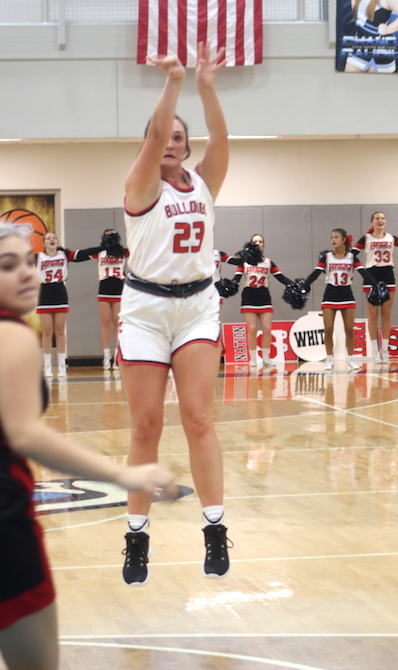 The Bulldogs connected on 8 three pointers in the first half to build a 42-19 lead and were never challenged in the second half.

Kensley Feltner on her way to the basket in the first half. 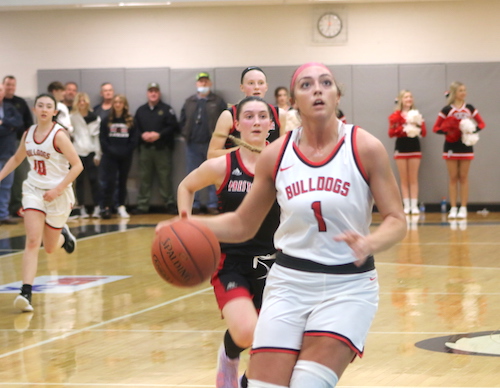 Leandra Curnutte looks to make a move in District action on Wednesday. 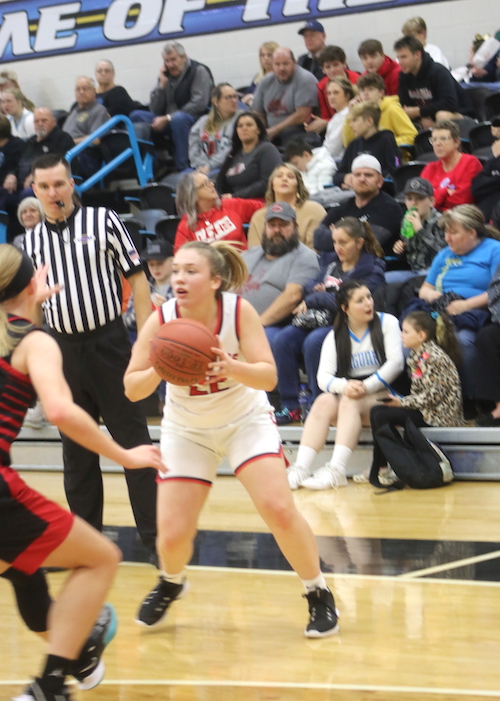 Prestonsburg hit 3 three pointers and went 17 of 22 from the foul line.

The Bulldogs will try for their third consecutive 58th District championship Thursday at 7:00 on the road at #1 seed Floyd Central. 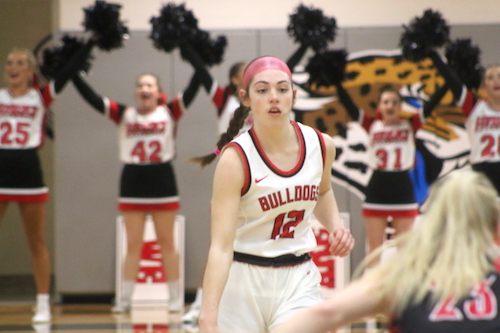 “… Very proud of our effort tonight. We had a little bit of nerves to start the game but settled in and played well. We got out to an early lead which helped. We had a lot of girls step up tonight when we had foul trouble and Kaison go down with an injury. It was definitely a great effort tonight and we’re so excited to be playing for a district championship Thursday night.”