INCIDENT HAPPENED EARLY THURSDAY MORNING IN ROYALTON AREA; FIRST REPORTED THAT THE VICTIM WAS SHOT IN THE ARM, BUT WAS INSTEAD FOUND SHOT IN CHEST 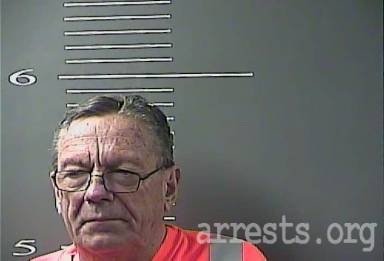 A Magoffin County man who is running as a Republican candidate for the Magoffin County Judge-Executive office, was arrested Tuesday morning, after Kentucky State Police say he was involved in the shooting of another man.

According to the press release report from the Kentucky State Police Post 9, in Pikeville, KY., the shooting incident happened on early Tuesday morning, at around 3:00 A.M. in the Royalton area of Magoffin County.

According to KSP Post 9 Press Affairs Officer Michael Coleman in regards to information in the report, KSP Post 9 received a call regarding a shooting on Herald Whitaker Road, where troopers responded to the home of Carter Whitaker, following the call claiming Carter Whitaker, 68, of Salyersville, KY., had shot Christopher Barnett in the arm.

After troopers arrived at the scene, they found Christopher Barnett lying on the floor with a gunshot wound to the chest instead of his arm. Troopers say Christopher Barnett was still talking, but he was “bleeding profusely” from his wound, but that he did not want to give information about the details of what happened that led to the shooting.

Other witnesses told troopers that the shooting seemingly came out of nowhere, with nothing that was preceding the incident that would have caused concern. Carter Whitaker also informed officers that he didn’t know how it had happened. Another witness claimed that Carter Whitaker may have had too much to drink, and that the entire situation was out of character..

The witnesses said both men had often in the past “cursed and yelled at each other”, according to the arrest citation. But both witnesses say they did not see the shooting coming. One witness describes the incident as “random”, but added they did know Carter Whitaker had picked up a gun from a drawer in the home before it happened.

Christopher Barnett was transported to a regional area hospital for medical attention of his injuries. His medical condition is unknown at this time

Carter Whitaker was arrested and was charged with: *ASSAULT, 1ST DEGREE; and he was transported to and lodged in the Big Sandy Regional Detention Center in Paintsville, KY. in Johnson County. Mr. Whitaker was released from the jail after he posted his bond late Tuesday evening.

KSP trooper detective Dustin Thompson is leading the investigation of the shooting incident case and that he was assisted on the scene by KSP Post 9 personnel.