LOUISA SINGER IS CONTESTANT ON AMERICAN IDOL THIS SEASON 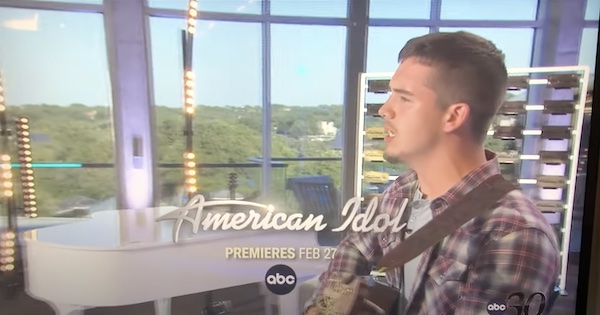 Figured I’d hop on here and let all of y’all know that I have auditioned for the 20th season of American idol!! Big thanks to a good buddy of mine Arthur Johnson for signing me up. The first episode airs February 27th so make sure to tune in and find out whether or not I got a golden ticket to Hollywood!! Noah Thompson Music

Noah Thompson is among the artists who auditioned for American Idol Season 20.

* From Louisa, Kentucky, he’s one of the singers we’ll meet on the season premiere Sunday night.

* A snippet of his audition was leaked to YouTube. Noah apparently works in construction.

* A good friend announced he planned to sign Noah up for an Idol audition. Noah initially said he rejected the idea.

* He auditioned with a song called “Giving You Up” by Kameron Marlowe, a former Voice contestant. On Facebook, Noah has posted a photo of himself and Kameron, writing “I sing this dude’s songs all the time, love his music.”

* Noah’s musical style will remind viewers of last year’s winner, Chayce Beckham, in part because of his raspy vocals.

* And while Noah doesn’t appear to have released music yet, he has three originals on his YouTube channel — “Pedestal,” “Not a Phase” and “Heart Painted Black.” Check out the latter below.

* You’ll find lots more Noah Thompson music on his TikTok, where he has more than 3,000 followers and more than 12,000 likes. 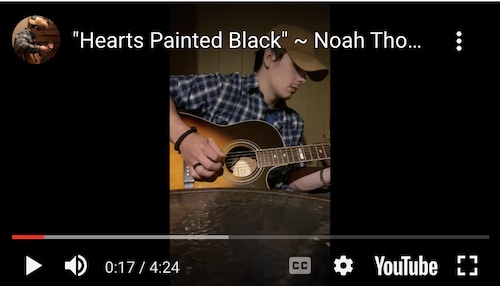