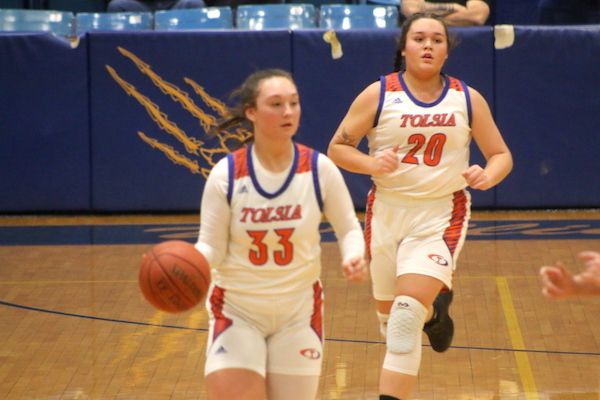 Graci Snyder drives to the basket versus Sherman. 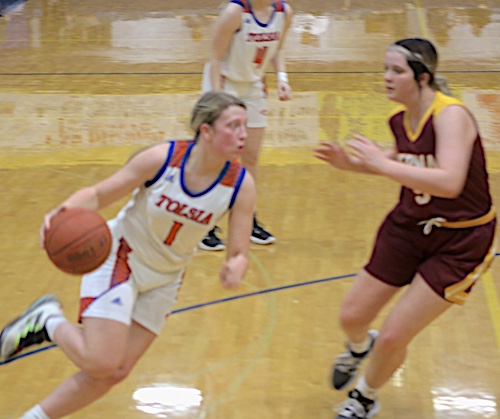 Tolsia hit 3 three pointers and went 19 of 34 from the foul line.

The Tide hit 2 three pointers and went 8 of 23 from the foul line.

Julie Young knocking down a free throw Monday against Sherman. 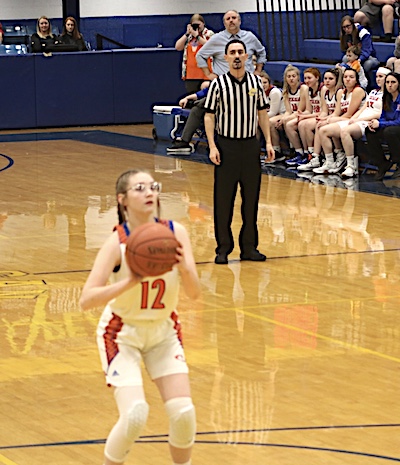 The Rebels will play Tug Valley ( 13-9 ) for the Sectional championship on Thursday at Logan after the Panthers beat Van 76-29 in the second game Monday night.

“… We are never gonna be upset with a victory, I thought we came out with some good intensity but we just didn’t finish early on. We battled through it and we know we have to get better. We bought ourselves another week and will have a chance to play for a championship on Thursday against the defending state champions. It’s going to be tough but we know we can get better and we know the things we have to work on. Our kids are all in and I think we will show up on Thursday ready to play. We are excited to playing another game and all I have ever asked of them is to compete, commit and care and they do all three of those things.”

“…They have been on our radar and they have had our number the last couple years in section play. The winner gets to host a region championship game and we know it’s gonna be a challenge. To get to the next level you have to play top teams like Tug Valley. Coach Farley and his staff do a great job. We have a lot of respect for them. We will be prepared and we will show up to compete and we will se what happens.”