Junior guard Kensley Feltner eclipsed the 3,000 point barrier against Morgan Co. on Friday. She also picked up her 1,000th career rebound in January. 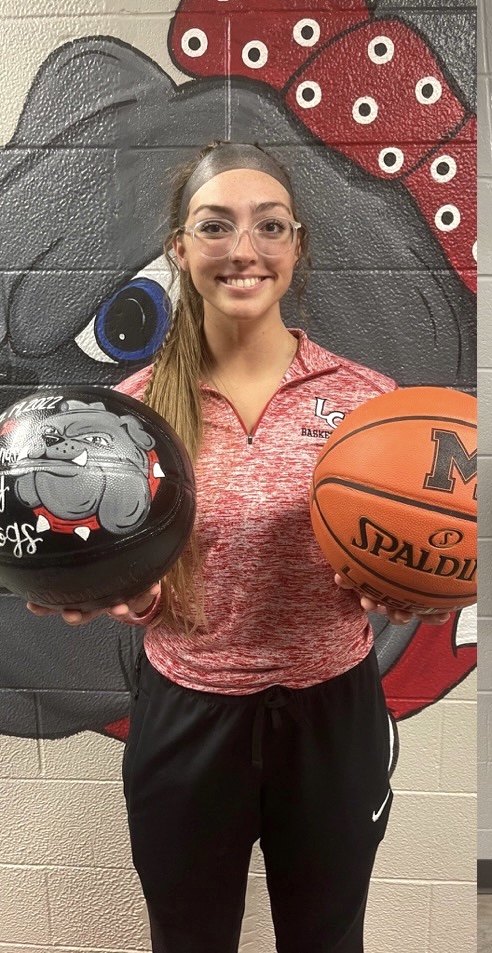 The Bulldogs hit 5 three pointers and went 7 of 8 from the foul line.

Kaison Ward shooting a three pointer in a recent game at home. 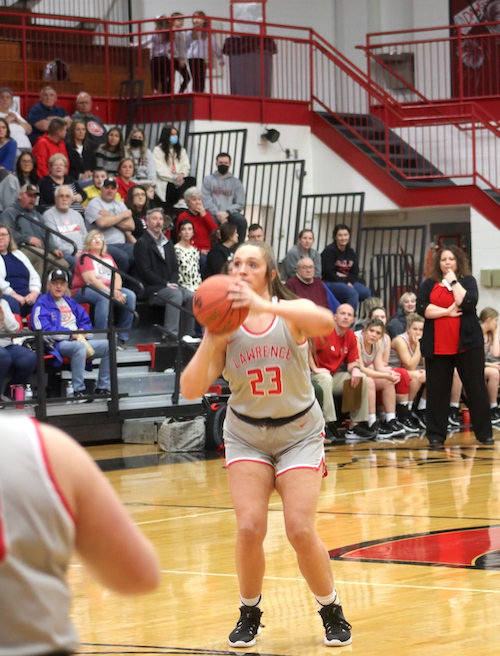 The Cougars hit 2 three pointers and went 11 of 18 from the foul line.

Championship game is set for Thursday at 7:00 also at Floyd Central.

“…Very proud of our girls and how we finished the season last night at Morgan County. We struggled early to score. Had opportunities just wasn’t finishing well around the rim. Finally was able to pull together some baskets and build a lead. Morgan is a very good team and I’m glad we had another opportunity to play them before the district tournament. We finished the regular season tying the most wins in our program. We hope to add to that next week in the district tournament. Again very proud of our girls and looking forward to next week. “