Louisa, Ky. — Martin Co.’s Luke Hale hit a three pointer at the buzzer to stun Lawrence Co. 86-84 in the final regular season game for both teams on Friday. 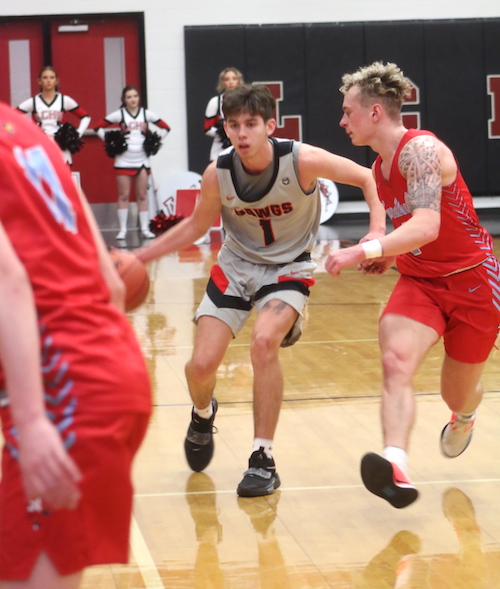 Will Lafferty looks for the opening against Martin Co. 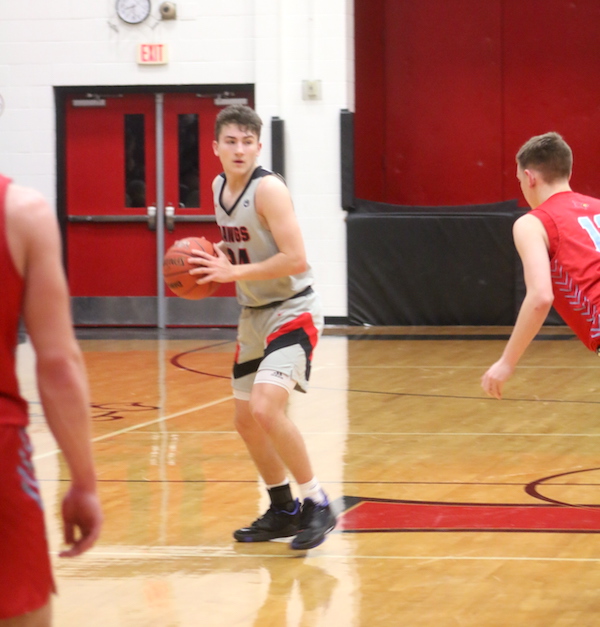 The Dawgs hit 6 three pointers and went 18 of 31 from the charity stripe.

The Cardinals hit 7 three pointers and went 21 of 26 from the charity stripe.

Trenton Adkins on his way for the left handed layup in the first half versus Martin Co. 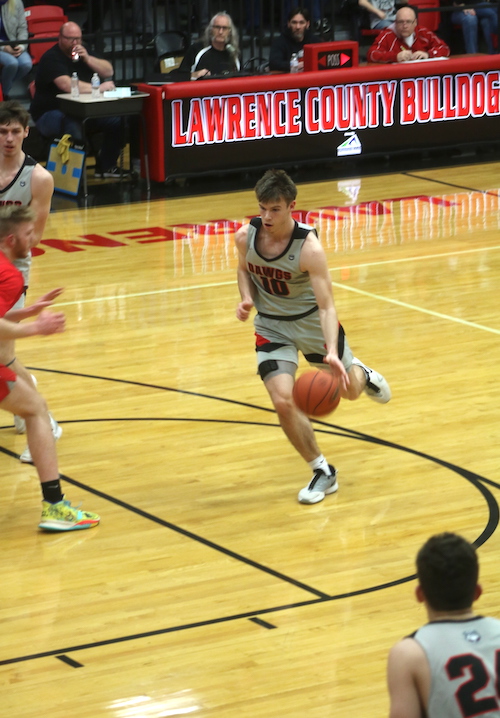 The #1 seeded Bulldogs will open up 58th District tournament action on Tuesday at 7:30 versus #4 Prestonsburg ( 5-22 ) at Floyd Central.

Championship game will be Friday at 7:00 also at Floyd Central.

“… Tough loss to end the regular season to a good Martin Co. team. A lot of things can be learned from that situation. To win a region tournament there are games that are similar to this exact game. I have no doubts if we are in that position again in the postseason we will handle it differently. Going into the postseason and knowing some areas we need to improve is a blessing in disguise.

“…This is a hungry group that is very excited about starting tournament play tomorrow. Come out and support these young men in the first round of the district tournament tomorrow as we take on Prestonsburg at Floyd Central at 7:30.”