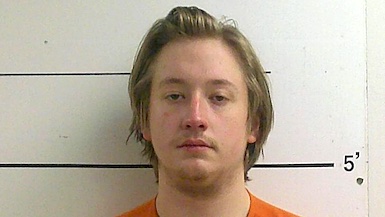 A Boyd County, Kentucky man was busted by a state police special unit after he found to be possessing and distributing child sex exploitation pornography imageries on the interet.

Trevor Smith was arrested as the result of an undercover Internet Crimes Against Children (ICAC) investigation. The KSP Electronic Crime Branch began the investigation after discovering the suspect sharing images of child sexual exploitation online.

The investigation resulted in the execution of a search warrant at a residence in Ashland, KY. on February 15, 2022. Equipment used to facilitate the crime was seized and taken to KSP’s forensic laboratory for examination.

Trevor Smith is currently charged with 15 counts of possessing or viewing matter portraying a minor under the age of twelve in a sexual performance. These charges are Class-C felonies punishable by five to ten years in prison. Trevor Smith was also charged with one count of distribution of matter portraying a minor in a sexual performance. This charge is a Class-D felony punishable by one to five years in prison.

If he were to be convicted on all charges at a court trial, Trevor Zachariah Smith could face a sentence from 76 years to up to 155 years in state prison.

Trevor Smith was transported to and lodged in the Boyd County Detention Center in Catlettsburg, KY.

The Kentucky Internet Crimes Against Children (ICAC) Task Force is comprised of more than twenty-six local, state, and federal law enforcement agencies. The mission of the ICAC Task Force, created by the United States Department of Justice and administrated by the Kentucky State Police, is to assist state and local law enforcement agencies in developing a response to cyber enticement and child sexual abuse material investigations. This support encompasses forensic and investigative components, training and technical assistance, victim services, prevention and community education. The ICAC program was developed in response to the increasing number of children and teenagers using the internet, the proliferation of child sexual abuse material, and the heightened online activity of predators searching for unsupervised contact with underage victims. 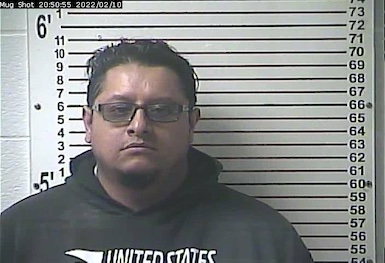 A Hardin County, Kentucky man was busted by a state police special unit after he found to be distributing child sex exploitation pornography imageries on the interent.

Jose Montoya-Velazquez was arrested as the result of an undercover Internet Crimes Against Children investigation. The KSP Electronic Crime Branch began the investigation after discovering the suspect sharing images of child sexual exploitation online.

The investigation resulted in the execution of a search warrant at a residence in Elizabethtown, KY., on Thursday, February 10, 2022. Equipment used to facilitate the crime was seized and taken to KSP’s forensic laboratory for examination.

Jose Montoya Velazquez was lodged in the Hardin County Detention Center in Elizabethtown. His bond was set at $10,000 full cash only; and his first court appearance is scheduled for Friday, February 18, 2022, at 1:15 P.M., in Hardin County District Division 1 Court.

ELDERLY CARROLL COUNTY, KENTUCKY MAN ARRESTED BY STATE POLICE AFTER BEING REPORTED FOR HAVING SEX WITH UNDERAGE TEEN GIRL 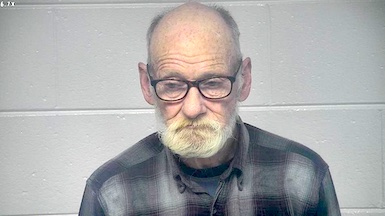 DIRTY GRANDPA: MELVIN DAVIS, 66, OF WORTHVILLE, KENTUCKY; WAS ARRESTED BY THE KSP FOR HAVING SEX WITH SIXTEEN YEAR-OLD GIRL.

A Carroll County, Kentucky male senior citizen was arrested by the Kentucky State Police after social services reported him for having sex with teenage female minor.

According to press relase satement by Kentucky State Police Post 5 in Campbellsburg, KY., which is in Henry County; on Wednesday, February 9, troopers received a complaint from the Cabinet for Health and Family Services in reference to a sexual assault claim in Carroll County. The alleged victim was reported to be a sixteen(16) year old female.

A Kentucky State Police Detective responded to the complaint and conducted a thorough investigation including multiple interviews. The investigation led to the arrest of Melvin Davis, 66, of Worthville, Kentucky. Melvin Davis was charged with one(1) count of Rape 3rd Degree and one(1) count of Sodomy 3rd Degree. Both of the charges each carry a prison sentence of one (1) to five (5) years in prison.

Melvin Davis was taken to and lodged in the Carroll County Detention Center in Carrollton, KY., where he is being held on no bond allowed.

The investigation is ongoing and continues to be conducted by Kentucky State Police Post 5 detectives. 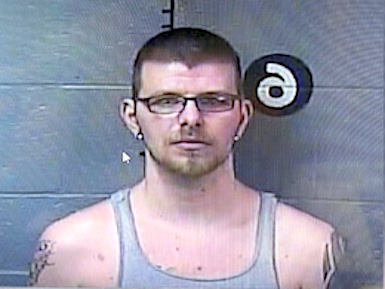 A VERY SICK TWO-LEGGED DOG, WHO IS A VIOLATOR OF THE DEFENSELESS FOUR-LEGGED KIND: ANDREW BENNETT, 30, OF JACKSON, KENTUCKY; WAS ARRESTED BY THE KSP ON A BESTIALITY FELONY CHAGRE.

A Breathitt County, Kentucky man was recently arrested by state police in a case of sexual crimes against an animal.

According to a press release statement, on Sunday, February 6, 2022, at approximately 7:16 P.M., Kentucky State Police, Post 13, Hazard, KY., in Perry County, received a call on Butterpoint Road, located in the Jackson community area of Breathitt County in reference to an animal cruelty complaint.

KSP troopers responded to the location and began an investigation. Evidence recovered, including video footage, shows Andrew Bennett, 30, of Jackson, KY., engaging in sexual activity with a canine; specifically, showing Andrew Bennett having “oral and sexual penetration with his dog.”

Andrew Bennett was placed under arrest and charged with one count of Sexual Crimes Against Animals, which is a felony. He was lodged into Kentucky River Regional Jail, in Hazard, awaiting a preliminary hearing.

According to KSP Post 13 spokesperson Matt Gayheart, he said it is a case they do not see every day.

”It’s kind of a learning curve, but we handle it just like anything else, and we’ll go through and cross all the t’s and dot all the i’s,” said trooper Gayheart.

”This investigation will be handled just like any other investigation that we conducted, even more, so we don’t take crimes against animals lightly,” according to trooper Gayheart. He stated further, “You know, that’s a very serious crime and that’s something we want to do the best we can to stand up and give them a voice.”

Trooper Gayheart said the dog is in the care of Aspire Appalachia in Breathitt County. A Facebook post said the dog, named Hope, was taken for an examination and was treated for some health concerns.

”It will be a rescue, so that dog will be up for adoption,” he said. “As of right now we would like to get that dog rescued first.” 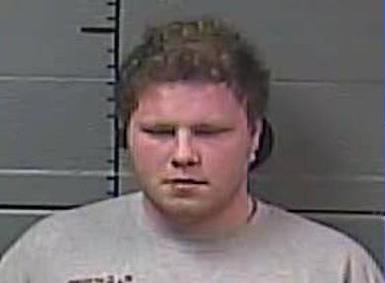 BAD BOY: JACKSON BAKER, 20, OF GAYS CREEK, KY., WAS ARRESTED ON FEBRUARY 8, 2022, OF SEXUAL ABUSE & UNLAWFUL IMPRISONMENT INVOLVING A PATIENT AT A PSYCHIATRIC FACILITY IN PERRY COUNTY, KY ON JANUARY 24, 2022.

A Perry County, KY. man is being charged after police say he committed sexual offenses in January 2022 at a hospital where he was working as a contract worker.

The Hazard Police Department responded to an initial call from the alleged victims’ legal guardian.

”On January 24 of this year, we obtained information and got an arrest warrant for Jackson Baker,” said Hazard Police Department Deputy Chief James East.

Jackson Baker, 20, of Gays Creek, KY., was working for the Fast-Staff company as a contract security guard at Hazard Appalachian Regional Hospital Psychiatric Center, when the complaint against him was filed. The victim was a patient at the hospital.

”Hazard police officer Jordan Childers conducted a thorough investigation and at the conclusion of that investigation determined there was probable cause to make an arrest,” said Deputy Chief East.

According to the arrest warrant, Jackson Baker groped the victim, tried forcing his hands to inappropriate areas, kissed her on the mouth and wrote his phone number on a piece of paper he put in her bra.

The warrant also said he tried to get the victim to have sex with him while in her room. When she said no, Jackson Baker allegedly restrained her and kept her in the room.

An attorney for the victims’ guardian said the alleged assault took place in the course of an hour.

”There’s no excuse that an already disabled woman who was reporting, again, for suicidal ideations, be left alone with a male security guard for such a long period of time,” said Seth Combs, Esq., a partner at Jerry W. Wicker Law Offices.

Jackson Baker is set to be in court on March 8. Mr. Baker is currently out on bond and is under house arrest until then. 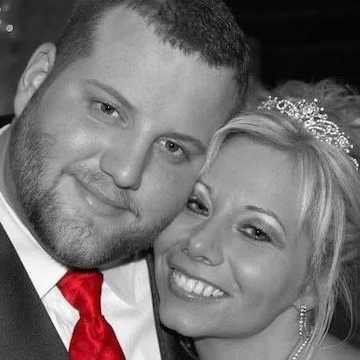 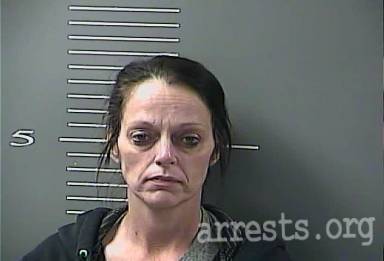 A Pike County, Kentucky, woman has filed a federal lawsuit against a Letcher County deputy sheriiff, accusing in the lawsuit the deputy of meeting a woman inside a judge’s court chamber, and forcing her to engage in sexual intercourse in exchange for “favorable treatment.”

The suit was filed on Monday, Janaury 31, 2022, and accuses deputy Ben Fields of unwanted sexual conduct which violated the constitutional rights of Sabrina Adkins, 45, of Pikeviile, KY.

Sabrina Adkins was placed under home-incarceration in June. This coming after she was indicted on drug charges in Letcher County. Deputy Ben Fields was assigned to oversee her incarceration. Deputy Fields allegedly removed Sabrina Adkins’ ankle monitor, telling her she wouldn’t have to pay for monitoring if the two could work out another means of payment.

Following that interaction between them, Sabrina Adkins met deputy Fields in the district judge’s chambers at night on six different occasions for the purpose of sex. She claims she only complied because of the deputy’s position of power combined with her inability to pay for the ankle monitor.

Sheriff Stines has said that deputy Ben Fields had a contract job handling home-incarceration monitoring as a court-security officer and was not related to his Deputy duties; and that deputy Fields has been suspended without pay from the Letcher County Sheriff’s Office. Sheriff Stines also stated that he has referred the matter to the Kentucky State Police. 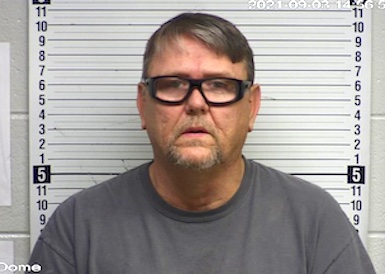 A man out of Wayne County, KY. is now facing rape charges after an incident that occurred at the very end of late last year involving a child under the age of 12.

Wayne County Sheriff Office deputies were called into the Wayne County Hospital in Monticello on December 31, 2021; after family members brought the child in for treatment.

Officers have only recently gathered enough evidence to make an arrest of the suspect.

Poliice arrested the suspect on February 1, who was identifed as Frank Bray, 55, of Monticello, KY., who has been charged with one count of RAPE, 1ST DEGREE – VICTIM <12 YEARS OF AGE.

Frank Bray is currently being held in the Wayne County Detention Center on a $50,000 full cash-only-bond.