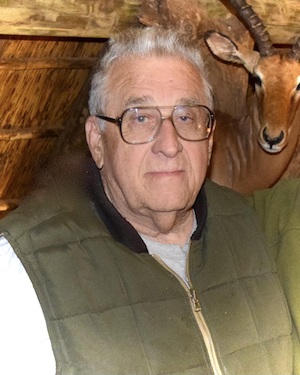 He was the son of the late Rev. Edmund Wayne Lambert and the late Eliza Jane Hardin Lambert.  He was preceded in death by his wife, Dorothy Lambert and brothers Bill, Karl, and Clyde Lambert.

Ed served in both the Kentucky and Virginia National Guard, and retired from Landmark Communications in Norfolk, VA, after 46 years as a journeyman printer.  He then returned home to Lawrence County where he was a member of the Emily Northrop Missionary Baptist Church, Apperson Masonic Lodge, Granddaddy Hunt Club, and the Honorable Order of Kentucky Colonels.  Ed was an accomplished houndsman, hunter, and trapper and enjoyed these pursuits throughout the entirety of his life.

Services will be held at Young Funeral Home Chapel on Saturday, February 19, 2022, at 12:00 PM, with visitation at 11:00 AM.  Burial will follow at the Preece Cemetery in Louisa.

Young Funeral Home has been entrusted with the care of Mr. Lambert and his family.

INBOUND FOR LANDING...BIG SANDY AIRPORT: From lemons to lemonade