SUSPECT IDENTIFIED IN WILD MULTI-POLICE CHASE TUESDAY THROUGH LOUISA, THAT WAS PART OF OVER 100 MILES LONG PURSUIT 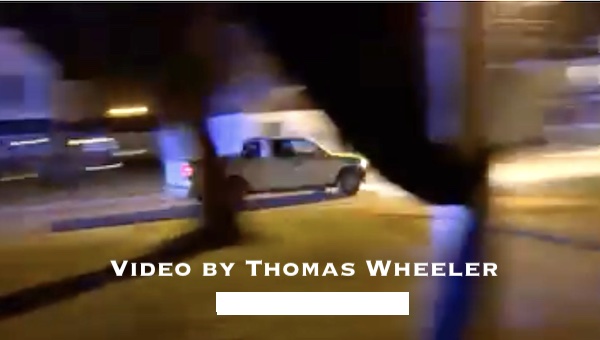 DRIVER FLEES IN TWO STATE, SIX COUNTIES; OUTRUNNING COPS FROM ASHLAND TO LOUISA, INTO WEST VIRGINIA, ALL THE WAY TO BOONE COUNTY!

Residents in Louisa are still buzzing about a high-speed chase involving the mystery driver of a silver pickup truck that happened through the middle of the main residential and business part of the city on Tuesday night.

From numerous neighborhoods and to several highways, law enforcement officials said the driver led officers on more than one pursuit during Tuesday night.

It was a dangerously wild pursuit lasting off and on for over 100 miles, running from numerous police agencies starting in Ashland, into Lawrence County, through Louisa, going over to Fort Gay in Wayne County, West Virginia; successfully getting away in the most stunning fashion; crashing in Mingo County, and stole a elderly woman’s vehicle, chased again by police until ending just inside Boone County, near the county line with Logan County, with the driver suffering “distinct facial injuries”,

Police say the driver first led officers from the Ashland Police Department on a pursuit.

According to Ashland Police Chief Todd Kelley, he stated that his officers traveled through Ashland and Catlettsburg and eventually ended the pursuit before it left Boyd County, in the Burnaugh area, along U.S. 23.

Police say the driver eventually traveled into Louisa, and that’s when Louisa Police Chief Greg Fugitt says he and his officers spotted the vehicle and started their own pursuit.

(I was attending the Louisa City Council meeting when just shortly around 7:20 P.M., Chief Fugitt received a muted buzzing phone call from one of his officers; he was in plain clothes and immediately went leaving the council meeting, and quickly left in a cruiser with his blue lights on. Around 10 minutes later, the chase was on from Lock Avenue and around City Hall onto Main Cross Street with Louisa Police cruisers with lights and sirens blaring. I hope to get the city council meeting put up online soon as I caught a brief video of the chase incident).

Chief Fugitt said the driver traveled recklessly through Louisa, and onward traveling into Fort Gay and eventually turning south onto U.S. 52 into West Virginia, where the driver reached speeds of 90 mph.

Chief Fugitt says once they crossed state lines, they traveled 4 to 5 miles on U.S. 52, before ending the pursuit, due to safety reasons.

The pursuit down Lock Avenue in Louisa was caught on porch home security cameras and also with people recording the chase themselves; watch one recording that was captured by Lawrence County Assistant Circuit Court Clerk Thomas Wheeler HERE

After Louisa Police broke off their pursuit on U.S. 52 a few miles south of Fort Gay, West Virginia State Police caught up with the suspect near the Tolsia High School area in southern Wayne County, beginning a new chase, with the driver fleeing south up U.S. 52.

The suspect was able to successfully flee police in Wayne County, when he drove onto railroad tracks in Stepptown, and drove into and through the underground railroad tunnel!! The suspect kept on going into Mingo County, where he eventually crashed the truck along Marrowbone Creek.

The suspect then walked to the Marrowbone Double Kwik gas station, where he then stole a Geo Tracker belonging to an elderly lady who was inside the gas station at the time.

Law enforcement were notified of the auto theft, with police catching up to the suspect, who soon turned on U.S. 119, fleeing into Logan County by driving at speeds of around 120 MPH; before cops finally stopped the driver by causing the vehicle to be knocked out of control, just a couple miles inside of Boone County. The driver attempted to run away on foot, even though injured, but was apprehended by officers after they had to physically restrain the suspect.

When speaking to Louisa Police Chief Greg Fugitt late Friday afternoon, he stated that while he had not received information of the identity of the suspect from the West Virginia State Police & other WV law enforcement agencies and could not make a confirmation of the suspect’s identity, it was confirmed from separate legal agencies that gave the name of the chase suspect as Toby Pack Jr., 30 years old, address unknown.

The truck that Toby Pack Jr. fled in belonged to his father, Toby Pack Sr., who lives in South Point, Ohio, and had reported the truck stolen earlier that same day. 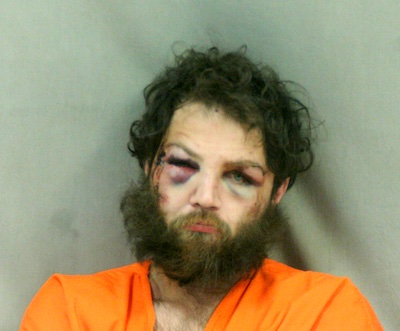 IS THAT ROCKET THE RACCOON OF THE GUARDIANS OF THE GALAXY? NO, IT’S THE SUSPECT WHO FLED IN A STOLEN TRUCK AND OUTRAN OVER A HALF A DOZEN POLICE AGENCIES IN TWO-STATES & SIX COUNTIES ON TUESDAY NIGHT, FEBRUARY 8; WAS FINALLY CAUGHT, AND WAS IDENTIFIED AS TOBY LAYNE PACK JR., 30, WHO STOLE HIS FATHER’S TRUCK IN SOUTH POINT, OHIO EARLIER THE SAME DAY.

In Wayne County, he is charged with:

*FLEEING IN VEHICLE WITH RECKLESS INDIFFERENCE TO THE SAFETY OF OTHERS-1ST DEGREE. Toby Pack Jr., bail was set at $2,500, for which he must post a full cash amount only for his release.

*FLEEING IN VEHICLE WITH RECKLESS INDIFFERENCE TO THE SAFETY OF OTHERS-1ST DEGREE. Toby Pack Jr., was denied bail on the Logan County charge.

Toby Pack Jr. will also be facing numerous charges stemming from his fleeing police in Boyd County and Lawrence County. And if he wasn’t facing enough legal troubles with this major criminal escapade in multiple jurisdictions, Toby Pack Jr. is now facing troubles in three states, as he was recently arrested in Butler County, Ohio; which is the county immediately to the north of Cincinnati/Hamilton County, on unknown charges. 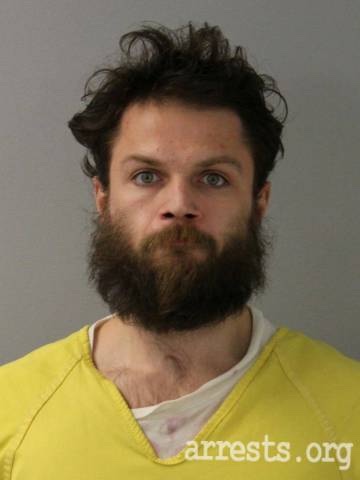 HIS NORMAL FACE: TOBY PACK JR., WHOSE IN THIS MUGSHOT PHOTO WAS TAKEN ON JANUARY 25, 2022, IN BUTLER COUNTY, OHIO, WHERE HE WAS ARRESTED ON UNKNOWN CRIMINAL CHARGES.

GROWING UP IN LOUISA: Food