DAWGS WIN TWO OF THREE ON THE ROAD THIS WEEK; THREE HOME GAMES NEXT WEEK TO END THE REGULAR SEASON

Kaison Ward gathers herself before draining a long two pointer. 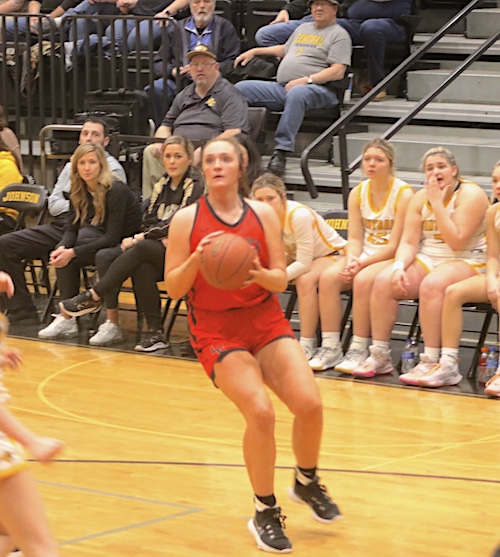 The Dawgs hit 6 three pointers and went 13 of 16 from the charity stripe.

The Hawks hit 5 three pointers and went 9 of 15 from the foul line.

Kensley Feltner driving to the hoop versus Johnson Central.

The Dawgs jumped out to a 11-0 lead and were never seriously challenged the rest of the way.

The Dawgs hit 3 three pointers and went 5 of 13 from the foul line.

Leandra Curnutte walks the ball up the court. 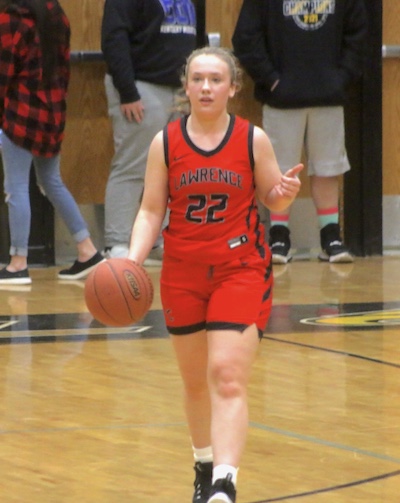 The Jaguars ( 18-7 ) wrapped up the number one seed with the home victory. Both teams went 5-1 but Floyd Central won the tiebreaker virtue of point differential.

The Dawgs hit 5 three pointers and went 9 of 13 from the line.

The Jaguars hit 5 three pointers and went 16 of 25 from the line. 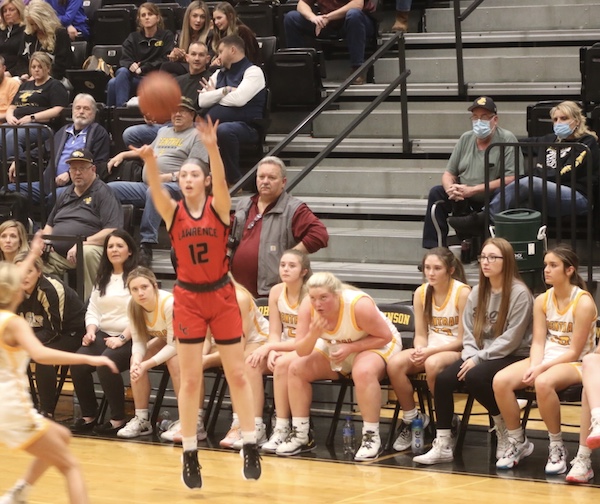 “…Tough game early in the week against Floyd Central. We came out flat and they were ready to play. Give them credit they played the better game on Tuesday. We have to watch that game film and learn from our mistakes and get ready for them if we meet them again in the district tournament.

“…I felt the end of the week we had two good road tests and were able to pull out victories. Proud of our girls for finishing the week strong. One more week of games to prepare for the district tournament. We are looking for a strong finish next week.”