Parker shown here with Donte Wright at the Bulldog youth camp this past summer. 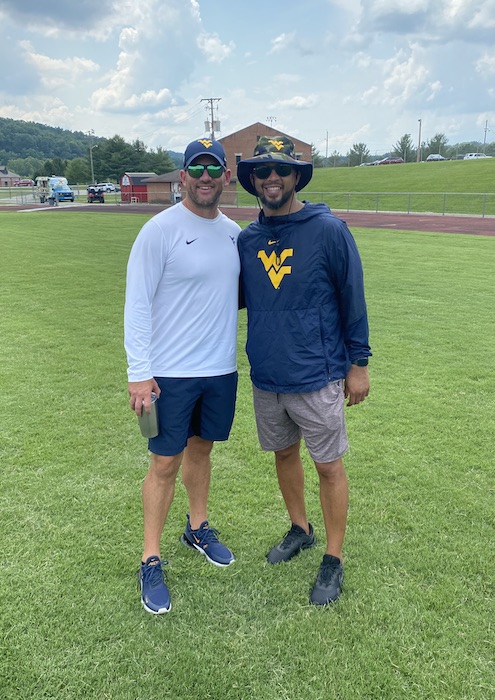 Parker had been with the WVU Mountaineers as Co-Offense Coordinator for two years, working with Graham Harrell to run the offense. 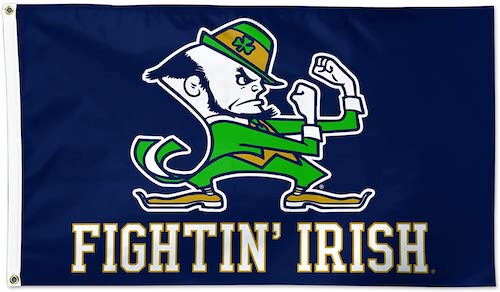 Most of his career has been spent working with receivers, but Parker was the tight ends coach at Purdue in 2013 and 2014, before moving to receivers coach there in 2015 and 2016. Freeman was also at Purdue those four years, creating the connection that now leads to Parker, 41, joining the Irish coaching staff.

While with the Boilermakers, Parker was also the recruiting coordinator.

In 2016, Parker also served as the interim head coach at Purdue for six games when Darrell Hazell was fired in mid-October. (The picture at the top of this article is from that stretch in Parker’s career.)

Parker played receiver at Kentucky in 2000-04, only contributing statistically in his fifth year due in large part to a rash of injuries. He immediately entered the coaching profession, beginning at the high school level in Kentucky before becoming a graduate assistant at his alma mater in 2007. His path up the coaching ranks included stops at UT Martin, Marshall, Duke and Penn State, as well.

The Fighting Irish went 11-2 in 2021 with their only losses coming to Cincinnati and Oklahoma St.

This Week at the State Capitol: Week 6