MELISSA MARTIN: Are newspapers in USA bowing down to censorship? 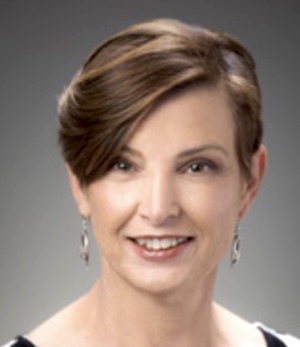 Are newspapers in USA bowing down to censorship?

Let’s look at other countries concerning censorship and media outlets. “Governments are using the pandemic as a pretext to crack down on free expression and access to information,” proclaims Freedom House. The online article continues, “Authorities blocked legitimate websites, ordered the removal of unwanted content, and most egregiously, shut down internet service altogether. Officials have reinforced these controls by criminalizing more categories of online expression and arresting journalists, activists, and members of the public for speaking out about the government’s performance.” But that’s not happening in America – or is it?

Countries with governmental democracies expect socialist, communist, and fascist leaders to dictate what citizens can and cannot know in totalitarian nations.

However, Americans do not expect the newspapers in the great United States of America to bow down to political puppet masters. And just who are these puppet masters that are allegedly threatening our free press and our freedom of speech? Whose heavy hand is rocking the censorship cradle? These expert spinners have transformed the word “misinformation” to be akin to domestic terrorism. What? Since when are oppositive viewpoints considered tyranny in a nation based on discussion, debate, and disagreement? How do readers know what is and what isn’t false information – unless there is debate, education of readers, seeking reader feedback.

Let’s follow the big bully trail. Hmm. Where will that lead? Gold and silver is the usual destination.

But a powerful political propaganda campaign over alternative treatment information for the coronavirus relentlessly ensues in America with the bullying of reputable scientists, epidemiologists, physicians and their data. And we must ask questions. And more questions. A mammoth deception takes a mammoth coverup.

Censorship on major social media platforms, such as Facebook, Twitter and YouTube, is surprising, but the shockwave is due to American newspapers and what they are not printing.

What is happening with mainstream newspapers and the censoring of alternative opinions and factual data from other the experts who are not in Tony Fauci’s camp?

The largest 25 newspaper chains own a third of all newspapers in the U.S., up from one-fifth in 2004. These large chains own two-thirds of all dailies. Visit www.usnewsdesert.com.

Why aren’t newspapers in America covering the coronavirus controversy?

Being a bold advocate of freedom of the press, I highly support newspapers; however, I oppose censorship.

Melissa Martin is an author and self-syndicated op-ed columnist. She lives in the Tri-State area.