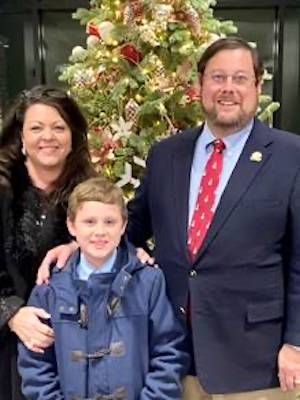 Children are the Commonwealth’s most precious asset.  Investing in them today makes for a healthier, stronger, more economically sound commonwealth and the legislative measures introduced this week underscored their importance.  Four meaningful bills have been voted on and passed from the Senate Chamber, primarily on education and healthcare.

The following is an overview of bills passed by the Senate this week, which are now on their way to the state House for consideration:

Senate Bill 9 (SB 9) systematically improves the quality and delivery of reading instruction to K-3 students across the state, by implementing supports, interventions and creating a streamlined curriculum-based foundation in phonics, vocabulary, and comprehension. SB 9 also requires reading-specific developmental training for all teachers K-3.  There havebeen some allegations that SB 9 takes money away from the very successful “Read to Achieve” currently active in many schools throughout the Commonwealth.  This is completely false.  “Read to Achieve” will continue to be funded at the same level as before.  SB 9 merely institutes an additional program based on a nationally-proven model to enhance reading instruction in schools that are not currently participating in the “Read to Achieve” program.   The bill was supported by the Kentucky Department of Education as an important measure to bring additional reading instruction to some of the Commonwealth’s most vulnerable children.

Senate Bill 11 (SB 11) modernizes and strengthens oversight and care for residents in assisted living communities by transitioning these services from a certification model to a licensure model within the Cabinet for Health and Family Service. This bill brings assisted living communities like nursing homes, under the Office of the Inspector General in CHFS, improving regulatory oversight on par with other states.

Senate Bill 55 (SB 55) gives first responders a more clear indication of where stroke victims should be transported. The bill adds a fourth level of certification called ‘thrombectomy capable, to hospitals caring for stroke patients.  Kentucky currently has three levels of identified care: acute, primary and comprehensive; SB 55 would add thrombectomy-capable as another, signifying the capability of handling blood clots.

Senate Bill 56 (SB 56) aims to save lives by making federally approved ‘opioid antagonist’ drugs more widely available to the public. An opioid antagonist is a drug that can rapidly reverse a drug overdose and is currently only available to first responders; this bill would make it more widely available.  Unfortunately, we have seen a great increase in overdose deaths during the COVID-19 pandemic.  Due to the lack of border enforcement by the Biden Administration on our southern border, the flow of opioid drugs and other dangerous substances like fentanyl have gone up dramatically and continued to poison our nation’s youth.  The terrible effects of these substances, many of which are produced in Communist China, have particularly been seen in rural areas.  SB 56 actually saves the Commonwealth money by broadening the availability of cheaper, more effective life-saving drugs so that people in addiction can be saved and put on a treatment pathway leading to a more productive life.

Also, the week of January was National Child Advocacy week, in which our Senate Majority Caucus Chair, Julie Raque-Adams, filed priority legislation to tackle the issue of child abuse and neglect across the commonwealth. This bill aims to address issues in our Commonwealth surrounding child abuse and neglect, in which we rank 50th in the nation. That statistic is horrific and following strong attention during the first few weeks of the session to strengthen education, keep students in school and improve health care, it is imperative for the General Assembly to put measures in place to protect the most vulnerable residents in our state. Above all else, this is legislation that should bridge party lines in order to help our children and those who work to protect them. Expect more attention on this priority bill, Senate Bill (SB) 8, in the days ahead.

Finally, the governor vetoed both the Congressional (SB 3) and the House District (HB 2) maps. The Senate acted expeditiously to override both vetoes, as did the House.  Despite the rhetoric coming from the Governor’s office, the first Republican-controlled legislature can be very proud of their work on redistricting.  The proposed Congressional map is actually very close to a map originally passed by a Democratically-controlled legislature in 1990 with some minor adjustments required to comply with the 14th Amendment to the U.S. Constitution and the “one-man, one-vote” principle.   Likewise, the State House District map is based on sound, constitutional principles.  It divides a minimum number of counties as required by the Kentucky Constitution and actually increases the number of “majority minority” House Districts within the Commonwealth.

Governor Beshear did not act on (he neither signed nor vetoed) the proposed State Senate map.  Therefore, pursuant to Section 88 of the Kentucky Constitution, the new Senate maps became law without the Governor’s signature.  As of January 21, 2022, the 31st State Senate District shall consist of Pike, Martin, Johnson, Lawrence, and Elliott counties.

I’m excited about the significant changes in policies we are able to impact for the better education and health of our residents. It’s an honor to represent you.

MELISSA MARTIN: Are newspapers in USA bowing down to censorship?