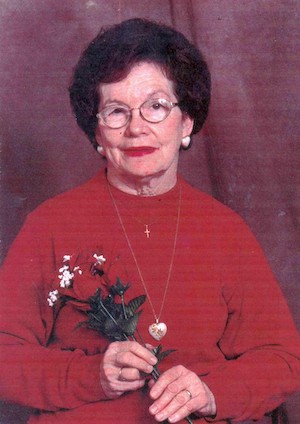 Margaret Dale Phelps, 87, of Catlettsburg, KY went home to be with her Lord and Savior on Monday, January 24, 2022.

Dale was born on November 13, 1934 in Buchanan, KY to the late Joseph Francis Eugene and Allie Imogene (Brannen) Wallace. In addition to her parents, she was preceded in death by her husband Leonard Phelps and her brothers Joseph Francis “Franklin” William Wallace and Daniel Eugene Wallace.

Dale was a member of Buchanan Chapel Church. She loved her family and she loved to serve the Lord. She led us by example and continually showed us true love. We were blessed to have her in our life.

Funeral services for Mrs. Phelps will be conducted Saturday, January 29, 2022 at 11:00 AM at the Buchanan Chapel Church with Rev. Gene Phelps officiating. Burial will follow in the Phelps Wallace Cemetery.

Young Funeral Home has been entrusted with the care of Mrs. Phelps and her family.