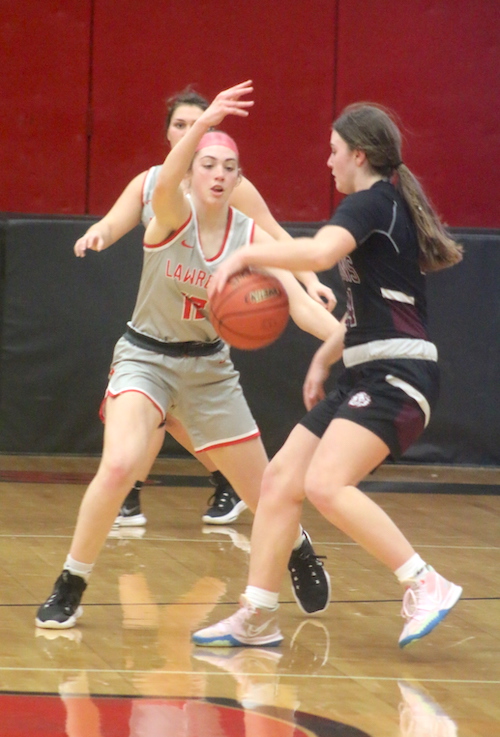 The Dawgs hit 9 three pointers and went 2 of 5 from the free throw line.

Elliott Co. was led by Riley Sturgill with 10 points, Jasmine Ison and Kailey Hamilton had 8 points each, Kiley Whitt and Katie Adkins 5 points each, Natalie Sturgill and Molly Howard had 2 points each.

The Lions hit 3 three pointers and 5 of 9 from the foul line.

The Dawgs moved to 3-0 in 58th District action with the home victory over the Jaguars.

Kensley Feltner drives to the hoop for a basket. 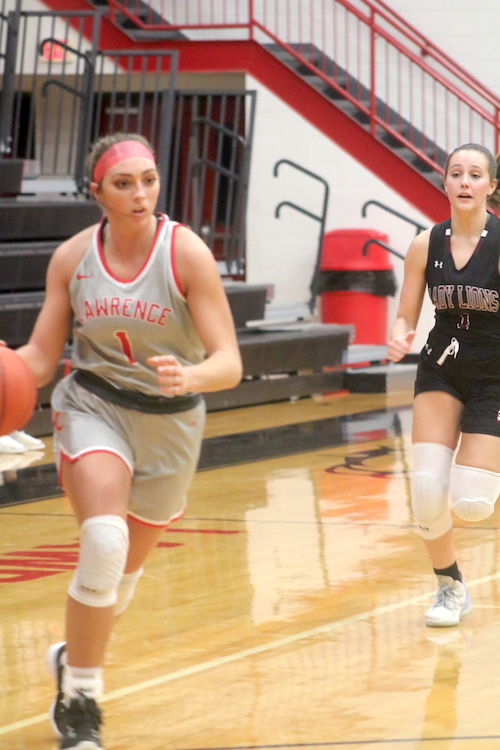 The Bulldogs hit 4 three pointers and went 16 of 29 from the charity stripe.

The Jaguars hit 3 three pointers and went 11 of 21 from the foul line.

The Bulldogs will return to action on Friday at 6:00 with a home District game with Prestonsburg ( 16-5 ). 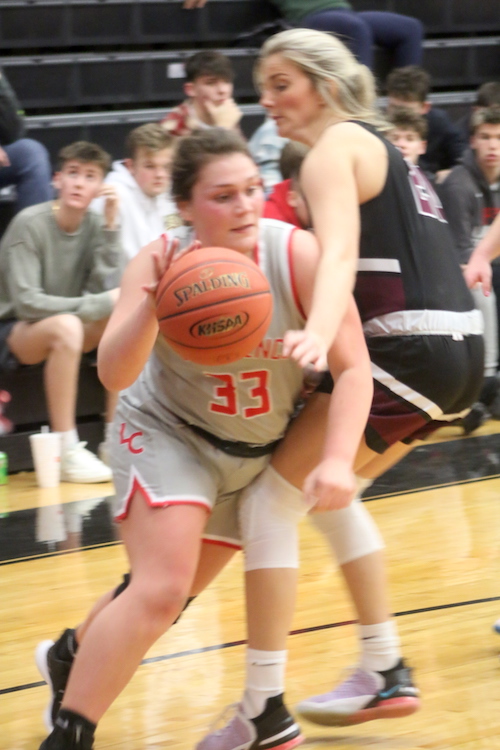 “… We played 2 tough district games this week. After we struggled on the road last week we challenged our girls to elevate their defense and rebounding this week. We knew those aspects of the game would be the difference in us winning or losing. Our girls stepped up and executed what we asked of them this week and we were able to come away with two big district wins. We want to continue to build on those wins moving forward. We will enjoy these two district wins for a day and then get our game plan together for Elliott County and another tough district game next Friday night at home against Prestonsburg.”