SLIM PRIMARY INCLUDES ONLY TWO DEMOCRATS, NO COMPETITION FOR MOST OFFICES 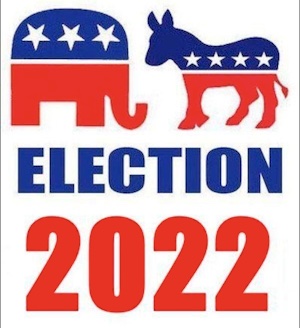 LOUISA, KY. — Lawrence County is one of the many communities heavily influenced by the Obama disaster and the rise of Trump. The county has gone from a heavily Democrat registered place to what is now red, red, red.

And the registration for candidates for county offices reflects the change with only two Democrats registered to even run for office. many of the most coveted offices are unopposed and filled by republicans and two ‘scardy cat’ democrats switched parties to avoid being swallowed in the trend.

One term sheriff Chuck Jackson has apparently done a great job as he is one of tf not the only sheriff in recent county hustiry with no opposition in either party.

Besides the race for the GOP nomination for judge/executive between incumbent Phillip Carter and school board chairman Heath Preston, most of the potentially hot races are “down ballot” offices.

The Coroner’s contest between incumbent Wesley Heston and newcomer Will Skaggs for the GOP nomination could be a good one as the one between incumbent Co. Surveyor Mike Shapaka and newly converted Republican Cliff West.

Perhaps the hardest to predict is the county attorney’s race that has incumbent (sort of) Brad Derifield, a veteran of former County Attorney Mike Hogan’s office and currently serving as the interim county attorney, and newcomer Johnny Osborne, who also worked in Hogan’s office for a time.

The state senator’s race is not scheduled for this year and the state representative’s position is up in the air according the Lawrence County Clerk Chris Jobe.

“According to the vote by the legislature we will go back to the old 100th district which includes south Ashland and Catlettsburg and all of Lawrence County,” Jobe said yesterday. “But the Democrats have filed a lawsuit attempting to stop the process and delay it (Primary registration)  until March and have the election in August.”

Here is what’s up with the 2022 Primary election: