TOLSIA FALLS TO MARTIN CO. OVER THE WEEKEND; AT RIVAL TUG VALLEY ON TUESDAY

Parker Watts breaking the press versus Martin Co. on Saturday. 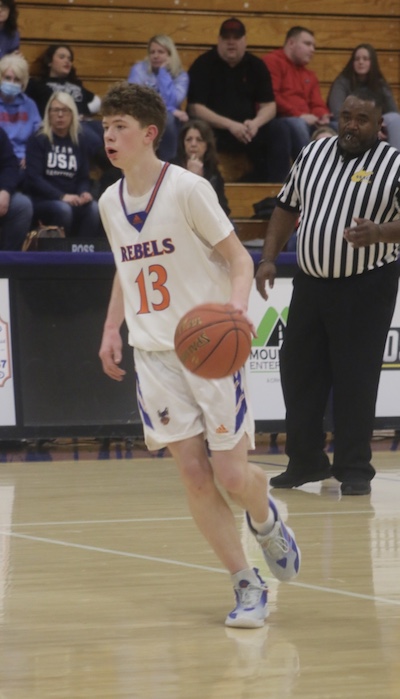 The Rebels hit 5 three pointers and went 14 of 19 from the foul line. 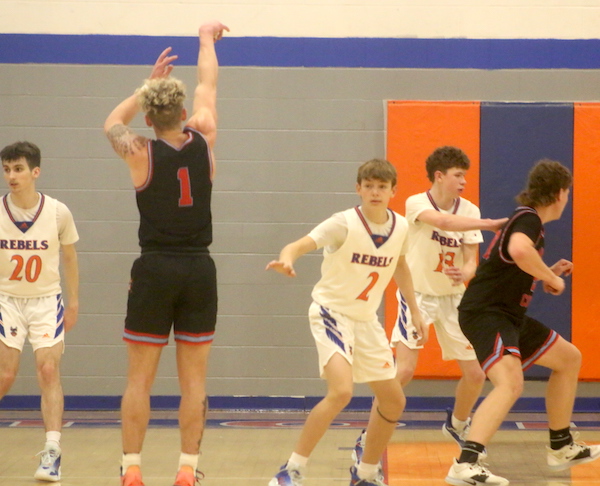 The Cardinals went 22 of 27 from the free throw line and hit 2 three pointers. 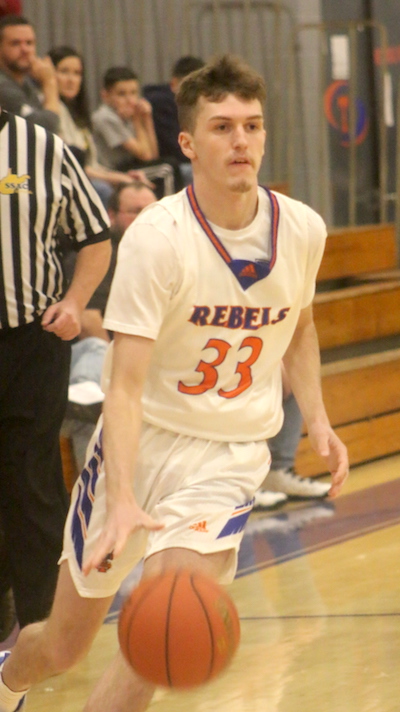 The Rebels will return to action on Tuesday will a trip to Tug Valley before hosting Sherman on Thursday at Rebel Arena.

Martin Co. will return to action at Paintsville on Tuesday before hosting Fairview on Friday.

“…Our attitude and effort has improved for sure. When I talked to you yesterday that’s what I told you needed to happen. Proud of the way they fought all game long and never quit. That is something we talked about and for it to happen is really something they can be proud of. If you weren’t here and just see the score and it says we lost by 22 you missed out because the final score is not indicative of the game at all.”

“… I told them if you come out here and give me everything you got and leave it out on the floor and we still lose that’s ok. When we played them in Inez I didn’t think they gave me everything they had, and the score indicated that. They quit over there and that is unacceptable. We know they are very good with a all state guard and two really big kids but we battled them all night long.”

“… We hit some big shots every time they tried to pull away, Ben Clayton, Anthony Lovins and Julian Vance along with CJ Johnson contributed. We had to foul at the end and they stretched the lead out on us.”

“… We have a tough week ahead of us with a trip to Naugatuck and a home game with Sherman. Two section opponents they were have already play this year. Lost to Tug here in a close one and beat Sherman up there in a close one. We are looking forward to getting back to work.”