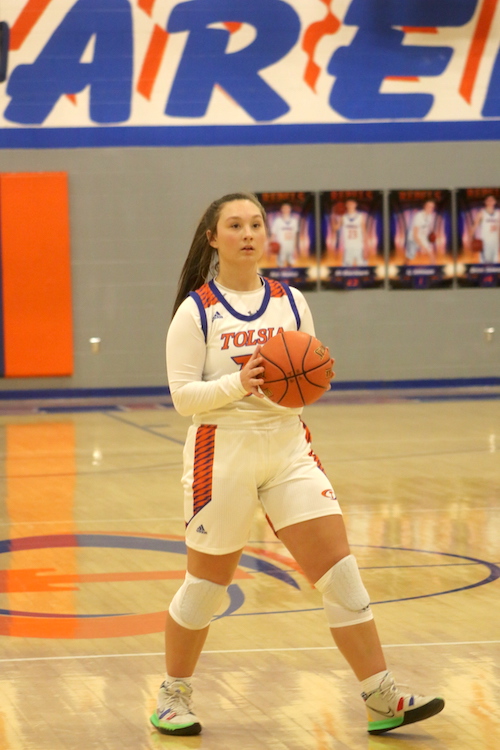 Lynndsey Cassell splits the double team against Union on Friday. 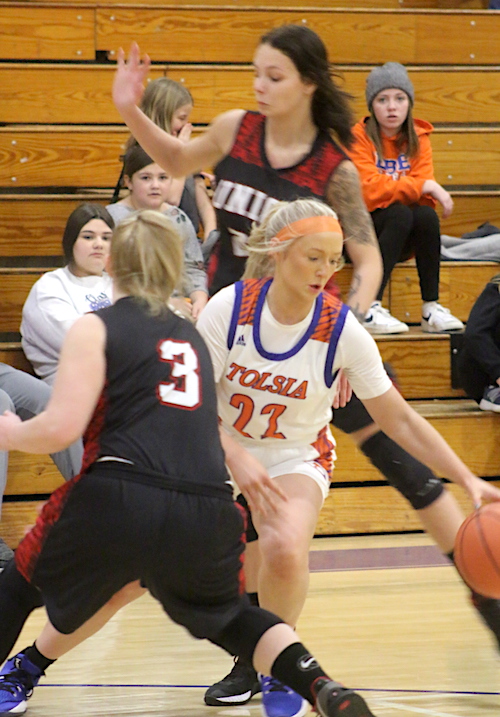 The Rebels hit 4 three pointers and went 4 of 11 from the foul line.

The Tigers went 2 of 11 from the foul line and didn’t connect on a three pointer.

Autumn Block goes coast to coast for the bucket. 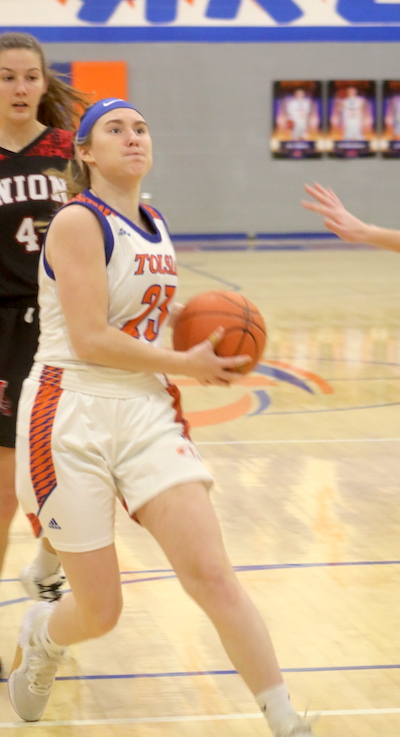 In the first game of the WV HIT the Rebels made the long drive to Lost Creek and came away with the lopsided victory.

The Rebels hit 8 three pointers and went 12 of 19 from the foul line.

The Hawks hit 3 three pointers and went 9 of 16 from the foul line.

The Rebels will return to action on Monday at Spring Valley versus Calhoun Co. with a varsity only game at 6:30.

“… I thought we played well in the second half at South Harrison, we were down a couple players but had some others step up and help us get the win against a good team on the road.”

“… Tonight we were so disjointed without getting any practice time this week because of the weather. I figured we would come out sluggish at the beginning and we did. I thought our defense in the second half was much better and have us enough cushion to get the win because we struggled down the stretch offensively.”

“… Our rebounding throughout the game was atrocious. We didn’t block out and that takes zero talent, it’s all effort and wanting to do the little things. If we get in a tight game and don’t do that it will come back and bite us. We have some bad habits right now that we have to work on and hold each other accountable and we have to be better much better.”

“… We play a very good Calhoun Co. team on Monday at Spring Valley. They are very good and very well coached. They return their whole roster from last years team that went to the semifinals of the state tournament. They have two good guards and post that is really good and it will be a challenge for us. We will have our hands full and we don’t come ready to play it could get ugly.”