I know, I know that I’ve only just written about the winter phenomenon that usually appears as a white, flaky cover that blankets the trees, bushes, grass, and electrical and telephone wires. We are in this still, together. To some of us back in the day. It was a bitter sweet experience. It meant we’d be out of school and able to play, but we also suffered a bit from the biting cold that seemed to work with nature to make snow days happen. I wasn’t very old when I first heard older men who were sitting on chairs or benches around town as they discussed a favorite topic; the weather. Over and over during those years I heard the wisdom of some who said, “Everyone complains about the weather but no one does anything to change it.”

I just left watching the TV weather when they sent out another prediction that we would have another polar vortex this next weekend. What, says I? Another bout of snow and ice waiting to be next. This weather pattern is for the birds! Maybe penguins.

Oh well, now I’m one of those old codgers well suited to sit on benches, whittle on a stick, and cuss about the weather. Since I’m not one to really cuss and I’m dangerous to myself with an open jack-knife, I’ll refrain from this practice. Granted, this was the model I saw when I was growing up, but I’ll leave my comments to the readers of this column. 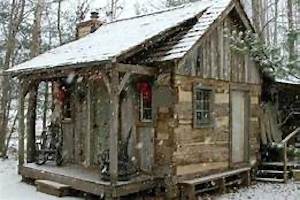 I remember as a very young boy the times I helped my mom build snowmen. I especially looked forward to adding the face and adding wool scarves, hats and whatever other props that could be donated to the cause. As I grew older I was allowed to ride a sled down ‘Town Hill’ just above the old grade school. In those days the new one had not yet been built so it was good sledding all the way down across the flat land at the bottom.

One year we built a snow fort on the playground by making a wall of shaped blocks and stacking them. Another ‘team’ of boys and girls manned a second fort that was used to hide behind and allow cover in throwing snowballs. Finally, one group or the other rushed the opposing fort and torn down the walls. A gigantic snowball fight was on! I went home with red cheeks, cold and wet trousers, but a smile that a disputed victory had been achieved. I had to change clothes and crowd in front of the gas stove. After a bit mom draped a heavy quilt over my shoulders that finally drew a tired me to bed.

I recall visiting a friend who lived in the country in a one-room log cabin. We fed the potbellied stove and played cards by the light of a kerosene lamp. Finally, we laid in the bed with tons of blankets and quilts so heavy it was hard to even turn over. The walls of the cabin had chinking (caulking) missing between some of the logs so the next morning we had a layer of snow on the top blanket. My friend got up and got a fresh fire burning so we could prepare breakfast. Somehow, I didn’t feel as cold as I thought I might. Maybe it was that experience in itself that distracted me. 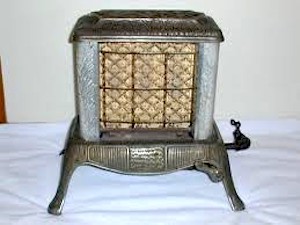 Sorry about the weather pattern. The jet stream is acting as it normally might in late January, dipping as low as the Gulf and taking temperatures into Southern reaches. Regardless, we have a choice to gripe or complain, but it is highly likely the weather will do as it will. Stay safe, my friends. I will celebrate another birthday this week. I suppose being in the winter of life will be one of my last experiences, but it is a choice to look for the snowball fight, a ride on a sled, and a warm fire. God bless us all as we choose to accept that which we cannot change.  mcoburncppo@aol.com