Trenton Adkins drives to the basket in the first half versus Betsy Layne. 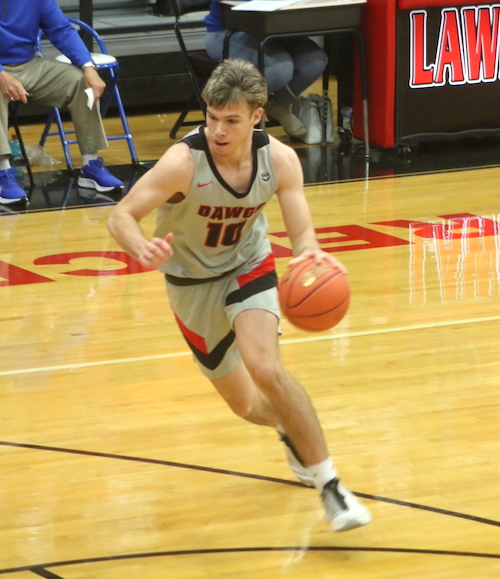 The Bulldogs hit 11 three pointers and went 3 of 7 from the foul line.

The Bobcats hit 9 three pointers and went 14 of 19 from the foul line. 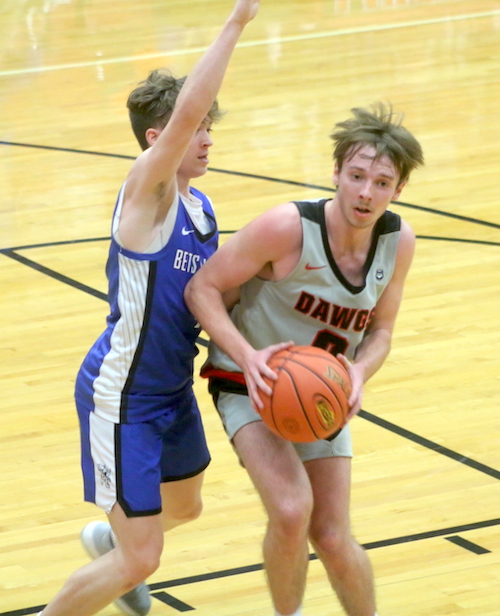 The Bulldogs will return to action on Friday at 7:30 when they host District rival Floyd Central ( 11-6 ) before traveling to Pike Co. Central ( 6-7 ) on Saturday night.

Dawgs starting five huddles up before tipoff against Betsy Layne. 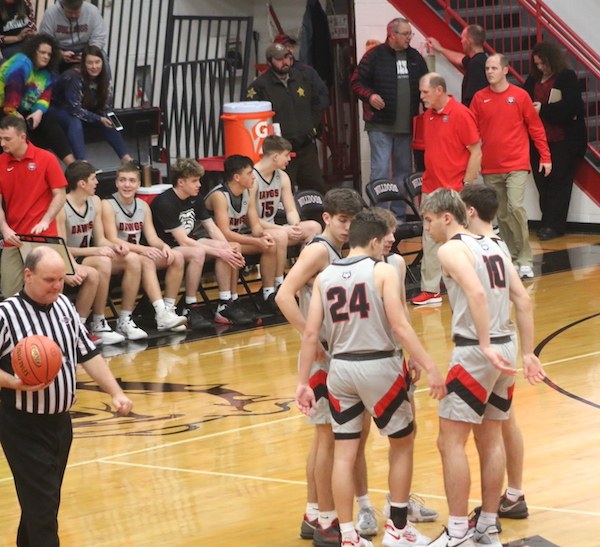 “… What a game! Definitely one of the best atmospheres that we’ve had in a long time. Special thanks to everyone that came out and supported our boys and girls.

“… This is a very resilient group – they fought from start to finish in this game. Betsy Lane is a very good team and we are very proud of our guys for pulling out a big district win. It was a game full of big shots on both ends, and thankfully we were able to hit the biggest ones when we needed them. This team is willing to do whatever it takes to win, and as a coach, that’s about all you can ask for. Our guys can enjoy this one for the night and then it’s on to another district matchup with Floyd Central on Friday!”