Philadelphia, Pennsylvania — Former LCHS multi sport standout Jason Micheal who is the Tight Ends coach for Philadelphia will be coaching this Sunday as his Eagles open up the playoffs on the road against the defending Super Bowl Champion Tampa Bay Buccaneers.

The Eagles finished the year 9-8 and will be the last seed in the NFC Will travel to Tampa Bay who is 13-4 and the #2 seed and feature 7 time super bowl champion Tom Brady.

Jason Michael is the tight ends coach for the Philadelphia Eagles. 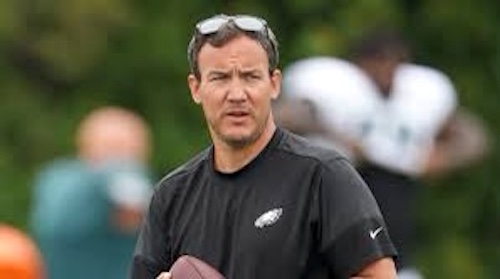 Michael played quarterback for Jack Harbaugh at Western Kentucky after transferring from Army. He was the quarterback of the 2002 Division I-AA National Championship team. Michael was named the school’s Male Athlete of the Year in 2003. He graduated with a degree in civil engineering technology with a perfect 4.0 G.P.A. and was named a I-AA Athletic Directors Academic All-Star and a second-team Verizon Academic All-District IV honoree.

Lawrence County Civil Suits for the week of January 10-14