With all the winter weather we’ve had to endure and the promise of more yet to come, I have had a bit of a time focusing on memories that don’t’ deal with snow. Seven years ago I wrote about this memory pertaining to the evolution of rail service in our little town. While some readers may recall portions of this article, perhaps others will not.

In it, I described the heavy, acrid smoke, the steam, the spinning of the drivers (main propulsion wheels), and the rising of diesel power. From a passenger, or observer’s point of viewpoint I have to admit that there is a certain romanticism in the railroad. People of one era will remember and reminisce about what they experienced growing up, but many remember both the era of steam and diesel. At least in my mind the hardships of the former steam engines are easily forgiven when we hear the lonesome whistle and feel the nostalgia of another time.

For many of us, we crossed through the change from one type of engine to the other. I loved the smell of the heavy, cinder laden smoke. I can still feel the bite against my face as if I was engulfed in the cloud   surrounding the grand iron horse.

Just after I graduated from high school a streamliner took me north to Detroit, MI, where I joined the Air Force. After some medical exams and a swearing in, another modern train took me from Detroit to San Antonio, a three-day trip. I recall that it was named, ‘The Sportsman.’ It traveled through Ohio down to Cincinnati, then on to St. Louis, and across the oil fields of Oklahoma into Texas. Later, after my basic training, I boarded and rode back through Cincinnati and finally paused for a ten-day vacation in Louisa. After that another train took me to Hampton, VA, where I have made my life. 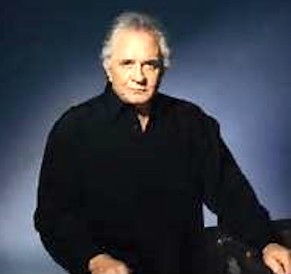 While writing that article I have to tell you that I was haunted by a song written and performed by a famous entertainer, Mr. Johnny Cash. The song, Folsom Prison, sent and continues to send a message to me. The message isn’t so much about Folsom Prison per se, but a reminder of the sound expressed by that lonesome whistle. I still love that sound. Many of us cannot help but remember that whistle from the many trains that rode the rails up and down the Big Sandy River. We identified with the words of the song and remember a strange empty feeling that followed the loss of that sound.

“I hear the train a comin’. It’s rollin’ ‘round the bend . . .” wrote the master of Country music. Yes, it was a painful reminder for one incarcerated, for sure. In a way we can visualize and identify with that feeling. For him, and for us, the train and the rumbling of the ‘Iron Horse,’ was a big part of our everyday life. Even if we weren’t in jail, we would sit quietly and know the train was passing through. In a way it reflected the state of humanity. We’d burst into life, travel a short ways, and disappear. Also, it would give us pause when we thought of some people traveling on, and the rest of us left behind.

For the people of the valley the train was transportation to school, to work, or to visit friends. Few could afford big trips to the Grand Canyon, or Yellowstone, but many like Francis Jones and Alberta Copley climbed aboard every day. What with the roads the way there were, a simple trip from Potters was an ordeal except for rail service. Freight, US Mail, and even the daily newspapers came roaring into the station every morning. It was a lifeline to the outside world, and employment to many. Some worked ‘on the railroad,’ and others were able to work ‘because’ of the railroad. I was reminded once by Bernard Nelson that two telegraph operators, John Hinkle and George Smith worked at the depot. Bernard was paid to deliver telegrams. Some were bad news from the war. Others would advise families that someone was about to visit. We all depended on the arrival and departure of passenger trains. Even Pee Wee was there to check his watch. He would wave at the engineer and once the train pulled out he always pedaled his bike away, but you could be certain he’d be back when the next train was due. I miss the little station when I visit, but the building was similar to many the C&O built in the day. Several much like that one are close to where I live today. 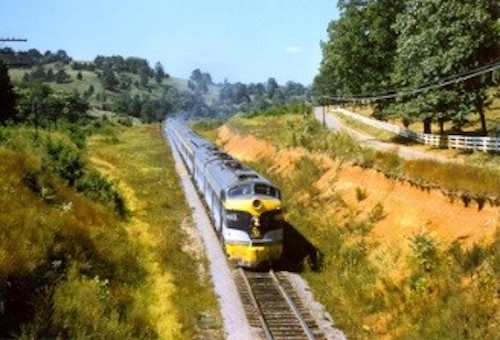 Readers of this column have written me more than once about the sound of the whistle. “When I hear that whistle blowin’ I hang my head and cry. I bet there’s rich folks eatin’ in a fancy dining car . . .” So was Johnny Cash a philosopher? Maybe, but better yet he wrote music that had meaning. He was very much as observer of life, whether writing about the ‘Ring of Fire,’ or the promise to “Walk the Line,” he found a way to love, to share, write and sing about Americana.

When I was growing up I heard him on juke boxes, radios, and on television, but he was never more appreciated than now. He had a rough life and it was written in the creases of his face, but when performing that sad, hard look turned into joy. We identified with him even if we had not awoken in our prisons. He had 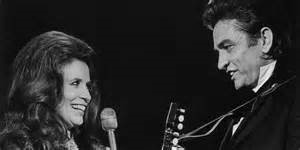 his troubles, yes, but had a happy life spent with those he loved. He was a master of words, of expression, and was musically talented. He was a great performer and worked with the best, sharing the stage with nearly all of the era’s most famous. He understood not only the rough and hard times of ‘honkey tonk,’ living, but also the joy of entertaining America. Yes, being locked up added a deeper dimension, but lonely, is still lonely. He came to enjoy family life as his health drained his energy. He lost the one he loved, June Carter Cash, and all too soon he joined her. Somewhere they are singing together, perhaps one of their favorite hymns. They both loved music. His music reflects he also understood trains. “I’d let that lonesome whistle, Blow my blues away.” That’s good advice no matter what your situation. Thank you, Johnny Cash.