Autumn Block passing to Kerigan Salmons for the bucket. 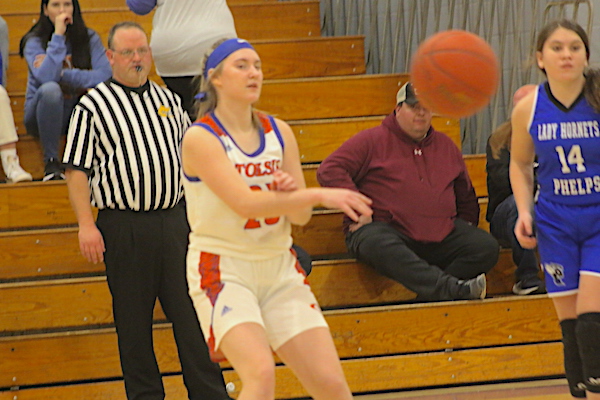 The Rebels hit 7 three pointers and went 5 of 10 from the foul line. 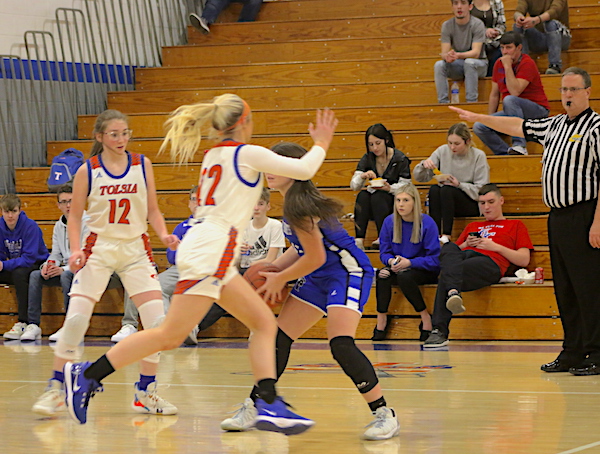 The Hornets hit 3 three pointers and went 3 of 8 from the foul line.

The Rebels hit 5 three pointers and went 6 of 12 from the foul line.

The Soldiers hit 2 three pointers and 10 of 12 from the foul line.

The Rebels will return to action on Saturday afternoon in the West Virginia HIT at South Harrison.

“… I was really proud of the girls, I told the girls the middle game of our three game stretch would be tough. We play a good South Harrison team on Saturday to close out our week. I thought we got off to a slow start against Grace Christian on Tuesday but in the second half we picked up our intensity and played much better.”

“… Tonight was kinda the same but didn’t take us as long to get going. Phelps plays hard and they are getting better each time out. They are so young and will be a handful down the road. Coach does a great job with them. I thought their girls played well but we made some shots and turned them over and got some easy baskets. I was proud of the way they played. We got to play everyone tonight and the energy on the bench throughout was outstanding. Also want to thank the crowd for coming out as well and Phelps for rescheduling the game from last weeks snow.”

“… I thought we shared the ball real well tonight and usually found the open person and that led to some easy shots for us. Autumn had a great game and Kerigan and Lynndsey played well once again. Gracy and Julie play so hard and were flying around the court all game. It was a good win for us but Saturday should be a real challenge at South Harrison who is receiving votes in Double A. That’s a long road trip but a good chance for our girls to see different parts of the state and play against different styles as well. We are back in the HIT after taking last year off with everything going. We are in a tough pod with South Harrison, Clay-Battelle and Calhoun Co. but we look forward to the challenge ahead of us.”