BULLDOGS RACE PAST ST. JOE; OPEN UP THE CLASS 2A STATE TOURNAMENT TONIGHT IN OWENSBORO

Cody Maynard starts his dribble against St. Joe on Monday 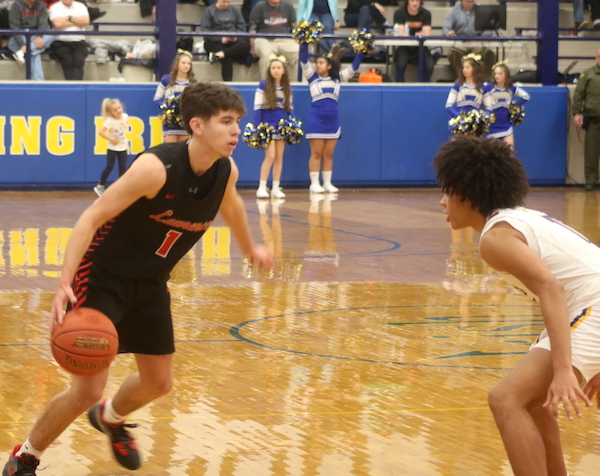 The Bulldogs hit 10 three pointers and went 9 of 13 from the free throw line.

#10 Trenton Adkins congratulating #0 Tyler Johnson after his first half basket. 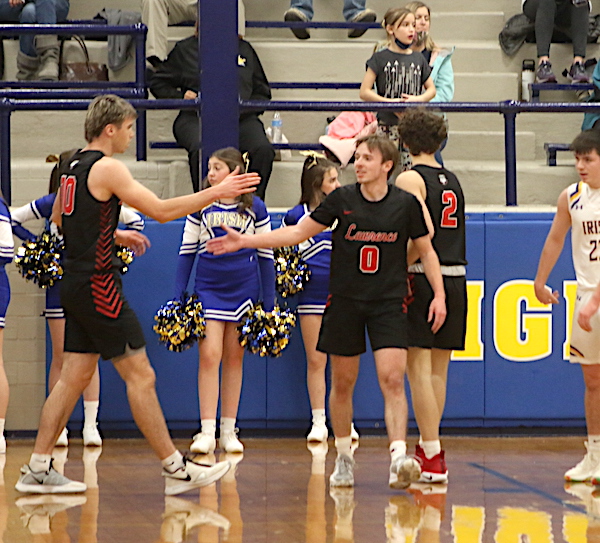 Huntington St. Joe was led by Jesse Muncy with 19 points, Zavian Johnson had 14 points, Caden Ehirim had 13 points, Jaden Price and Jax Fortner had 6 points each, Phillip Ignatiadis had 3 points.

The Fighting Irish hit 6 three pointers and went 11 of 22 from the free throw line.

Will Lafferty starts the fast break after picking up a rebound on Monday. 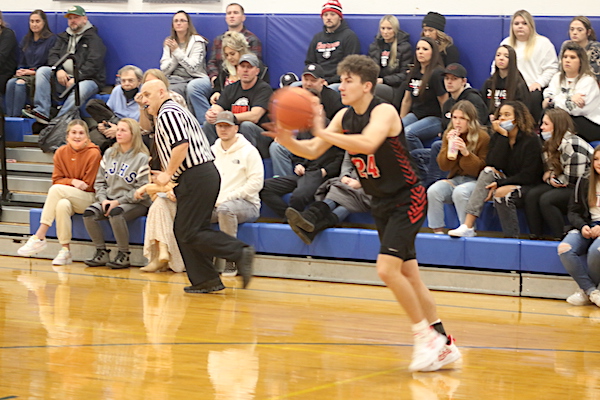 The Dawgs will return to action in the opening round of the Class 2A State Tournament on Thursday at 6:30 in Owensboro versus Christian Academy-Louisville ( 13-3 ).

St. Joe will host Tug Valley on Friday and Williamstown on Saturday afternoon.

“… We are looking forward to the opportunity of going to Owensboro and competing in the 2A state tournament. Playing Ohio State commit George Washington and CAL in the first round is certainly a tough matchup but one that we are definitely excited about. They shoot the ball well and like to get up and down the floor, we feel like it has potential to be a really fun and exciting game. We like the way our team has been playing as of late and hopefully we can take that momentum with us to Owensboro!.”