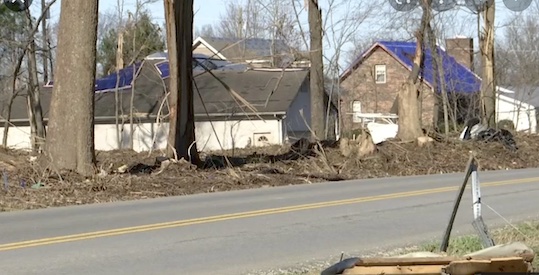 “We have the responsibility and the resources to meet this moment. To be bold and to leapfrog other states. Not to tread water or punt on third down,” Gov. Beshearsaid. “With these dollars, my budget targets investments to create and attract the jobs of the future and works to align workforce readiness with business needs to ensure we can fill the high-quality jobs that are coming our way.”

Once again, the Governor noted that the state’s recent record-breaking economic growth, with more than $11.2 billion in new investments and 18,000 new full-time jobs added in 2021 alone, proves Kentucky is a destination for leading global companies like Ford Motor Co., Toyota Motor Corp., Pratt Industries, GE Appliances and Amazon. His budget prepares Kentucky to secure the next world-class company while aiming to provide every Kentucky region with that amazing opportunity.

The Governor’s budget also makes major investments in emerging agritech and life sciences industries, as well as in critical infrastructure needed to build a better Kentucky, including roads, bridges, high-speed internet and clean drinking water. The state’s tourism sector will get a much-needed boost with investments to repair state parks and attract more visitors.

Site Identification and Development Program
The Governor said making sure we don’t drop the ball on economic development momentum requires a focus on modernizing our infrastructure so we’re able to attract the next Ford- or Toyota-size project. To address this crucial need, the Governor’s budget calls for $250 million in one-time funds to develop a Site Identification and Development program.

“This fund will help communities grow small sites into larger sites. It will help them prepare sites not just to be not shovel ready, but build ready. At a time when speed to market has never been more important, we must invest or get left behind,” Gov. Beshear said. “Let’s give every part of the state the ability to compete for the next big economic development project.”

President and CEO of the Kentucky Association for Economic Development Matt Tackett said in a video message: “We are proving over and over that Kentucky is a world-class location to locate and grow a business. Our success is amazing, and it further motivates us to act. If we are to continue to move the needle, we must ready sites and buildings now to welcome new companies and new jobs to our communities.”

Agritech R&D
The Governor said Kentucky also continues to lead in agritech, with AppHarvest announcing expansions in Morehead, Somerset, Berea and Richmond. Startup AppleAtcha launched this year in Inez; Fresh Harvest continues to grow in Stanford; and Enviroflight is thriving in Maysville.

The Governor’s budget ensures Kentucky will be the agritech capital of the United States by including $75 million to support a state-of-the-art agritech research and development center in the heart of Eastern Kentucky.

“It will bring together the best minds from Kentucky’s private sector and universities as well as partners from our Dutch consortium looking for a Kentucky home from which they can grow,” Gov. Beshear said. “The coming years will be crucial, as crop yields have to grow at least three times their present rate to feed a growing world. With this center, we can be the solution. We can plant and grow the ideas and the food necessary to feed the children that will be born 5, 10 or even 15 years from now.”

Founder and CEO of AppHarvest Jonathan Webb, in a video message, said: “We believe in the future of agritech in Kentucky. To successfully compete and secure this future, Kentucky needs a world-class research center to innovate agriculture technologies and methods, to further educate and develop the region’s talent pool and to usher in a more diverse, high-tech economy. Supporting this research center supports Kentucky.”

Life Science Lab
The Governor said his administration is working to attract the jobs of tomorrow through smart investments in industries with great promise.

“My budget invests $10 million in the City of Covington to support the construction and outfitting of a shared research and development lab facility to serve the rapidly expanding life sciences sector in the region,” Gov. Beshear said.

The facility is a collaborative effort between the city, several private businesses, a regional economic development organization and higher learning institutions.

Transportation Projects
The Governor said with all these businesses and employees landing in Kentucky, we must continue to improve critical infrastructure everywhere in the commonwealth.

“My budget does this by directing investments toward the greatest needs and those that will have the greatest impact,” Gov. Beshear said. “It proposes a historic investment of $250 million from the General Fund for Major Transportation Infrastructure Projects. Specifically, this is targeting three projects: the Brent Spence companion bridge project, the I-69 Ohio River crossing in Henderson and the completion of the Mountain Parkway project.”

The Governor noted these are one-time funds meant to give Kentucky the flexibility to meet state match requirements for expected federal grants.

Gov. Beshear said he also was allocating $184.9 million over three years to meet a state match that will unlock nearly $774.7 million in federal money for the Highway Trust Fund.

“This will allow for nearly $1 billion for road and bridge construction in Kentucky,” he said.

Meanwhile, the Governor’s 2022-2024 Biennial Highway Construction Plan is a robust $8.5 billion based on anticipated state and federal program revenue.

“We are charting the path to building the Brent Spence companion bridge without tolls,” the Governor said.

Electric Vehicle Charging
The Governor said with Kentucky taking the lead on electric vehicles, we must meet the needs of this new industry.

“My budget directs $100 million to begin building up our electric vehicle charging station infrastructure,” Gov. Beshear said. “It uses $30.5 million from the General Fund, of which $17 million will meet the state match to unlock nearly $70 million in federal funding from the new Infrastructure Investment and Jobs Act.”

Water and Sewer Improvements
The Governor said his new budget will expand upon his efforts to improve water and sewer systems across the commonwealth.

“I believe access to clean water and modern sewer systems is a basic human right and should never depend on where you live,” Gov. Beshear said. “My budget includes nearly $500 million over the biennium for the Better Kentucky Cleaner Water Program.”

High-Speed Internet
The Governor said the pandemic has shown us that access to reliable, high-speed internet is a necessity in our world.

“My budget also directs $200 million to boost high-speed internet across the commonwealth,” Gov. Beshear said. “This money will go to the Broadband Deployment Fund, which assists private sector and government entities in building out the ‘last mile’ to connect unserved and underserved areas.”

He noted that this funding adds to the $300 million in American Rescue Plan Act (ARPA) funds that were allocated in 2021.

“My budget invests $50 million from the General Fund to develop Kentucky’s general aviation airports, plus another $6 million to keep our promise to support the construction of a new terminal building at the Barkley Regional Airport in Paducah,” Gov. Beshear said.

“The proposed $6 million will relieve the city and county from the burden of using our tax revenue to cover this expense,” said McCracken County Judge/Executive Craig Clymer. “It’s not just McCracken County that benefits. The entire region will be stronger and more vibrant. Our neighbors in Graves and Marshall counties and other nearby communities are one month past a massive tornado. They are building back from near devastation. And as they build their communities back, we will build this new terminal, bringing great prosperity and development into all of West Kentucky.”

Everybody Counts and Workforce Grants
The Governor said bridging the gap between learning and workforce participation is crucial to Kentucky’s future.

“My administration already has been actively engaged on this issue and last year we helped launch the innovative Everybody Counts program in Jefferson County,” Gov. Beshear said. “We have great partners – Ford, UPS, GE Appliances and Kroger. They’re helping us move toward a goal of having every high school senior, before they graduate, hired into a job, enrolled in post-secondary education, or both.”

The Governor said his new budget includes $1.5 million each year to extend this important program.

“My budget also includes $20 million each year to launch a competitive workforce initiative grant program,” Gov. Beshear said. “Under this program, public and private schools will be able to secure funding for new or expanded programs that include a commitment from employers to hire students upon successful completion. Kentucky is increasingly embracing an economy of innovation that requires a trained and educated workforce.”

Talent Attraction Media Campaign
The Governor said to ensure Kentucky stays competitive into the future, significant strides must be taken to attract talent to Kentucky’s workforce.

“That is why my budget calls for $10 million per year to fund a Talent Attraction Media Campaign to help us build a globally competitive talent development system,” Gov. Beshear said.

The campaign will include national outreach to recruit top talent to Kentucky and local coverage to retain talent in Kentucky.

“My budget also includes $2.5 million each year to train Ford workers on robotics and advanced manufacturing, ensuring we can fill those 5,000 jobs being created at the new vehicle battery plants coming to Hardin County,” Gov. Beshear said.

CDL Program
The Governor’s budget also provides $700,000 each year to the Louisville Urban League for a program that trains disadvantaged Kentuckians toward obtaining a commercial driver’s license, which can open great opportunities.

Tourism
The Governor said while Kentucky is now the destination for major corporations, that’s long been the truth for our outstanding tourism industry.

“Kentucky is a destination for world-class whiskey. We are a destination for the finest horse racing. We are a destination for great music, cuisine as well as our beautiful outdoors and so much more,” Gov. Beshear said. “To keep the visitors coming, I am directing $200 million in one-time money from the General Fund to pay for badly needed work at our State Parks. This money will fund essential preservation projects, maintenance, repair and new projects at parks across the commonwealth. The goal is to preserve these assets for their regions and communities while enhancing the facilities to attract more visitors.”

Responsible and Real Budget
The state is rapidly recovering from the economic impacts of the COVID-19 pandemic and saw record new private sector investment in 2021. The state’s successes under Gov. Beshear’s leadership have vaulted Kentucky’s finances to a historic level, which has set the table for game-changing investments. The state’s budget strengths include:

Budget Address
The Governor reminded Kentuckians that he will deliver his 2022 Budget Address on Thursday, Jan. 13, at 7 p.m. EST.