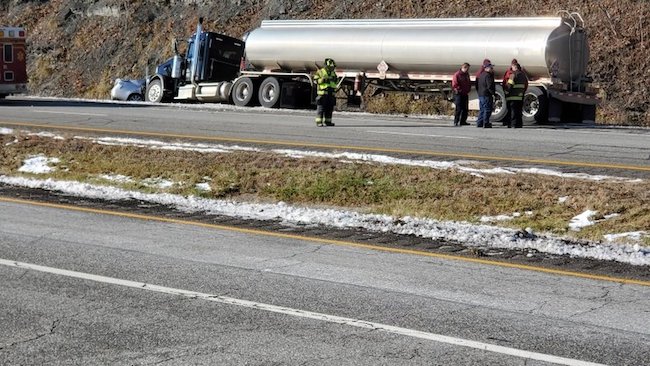 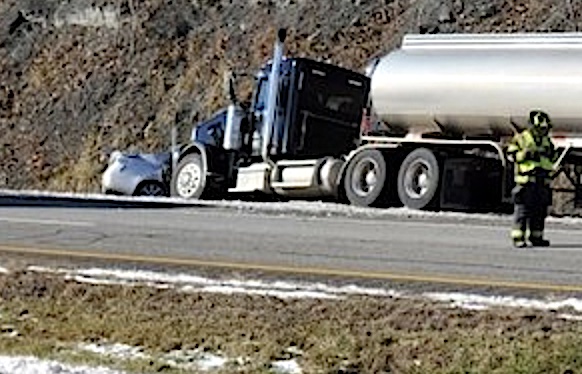 An as yet unknown female was killed Monday morning near Louisa after a tractor-trailer and a car collided along US 23.

According to a statement by the Kentucky State Police Post 14 in Ashland, KY., the driver of the vehicle was hit by the semi tractor-trailer when turning onto State Route 3398 or as it is commonly known as the Fallsburg Road exit from US 23 North, just shortly south.of the Kentucky Power Plant

The Lawrence County Sheriff’s Office responded to the call around 10:20 A.M. Monday morning, and were very soon afterwards joined by Kentucky State Police troopers and the Louisa Fire Department also responded to the scene.

The driver of the semi tractor-trailer was taken to the hospital to be evaluated but emergency officials say the driver was not seriously injured.

State police, as well as other responding agencies, have yet to release the names of the deceased crash victim and also the injured semi-truck driver as of this time.

Lawrence County Schools will operate on a 2-hour delay on Tuesday, January 11, 2022.