Louisa, Ky. — Lawrence Co. Boys are headed to Owensboro after winning the Class 2A Section 8 tournament championship with a 84-64 victory over Magoffin Co. on Sunday.

Cody Maynard went 11-11 from the free throw versus Magoffin Co. in the Class 2A Section 8 Championship game on Sunday. 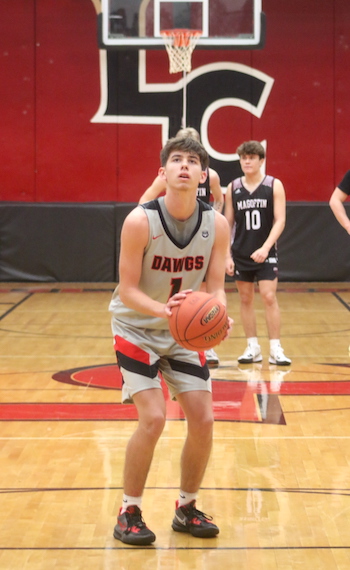 Kaden Gillispie on a fast break against Magoffin Co. Sunday. 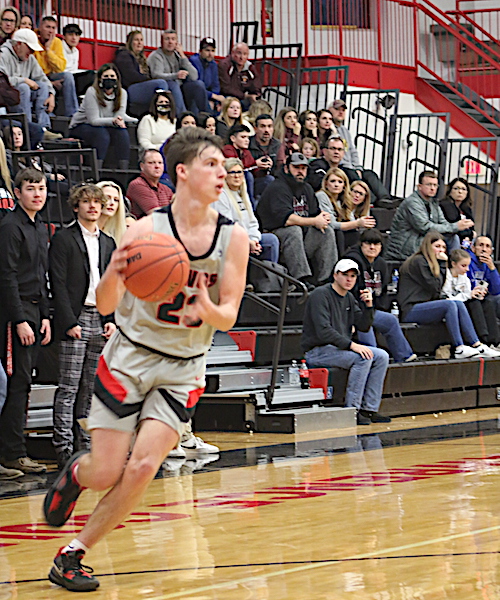 The Dawgs hit 9 three pointers and went 19 of 24 from the charity stripe.

The Hornets hit 6 three pointers and went 10 of 16 from the foul line. 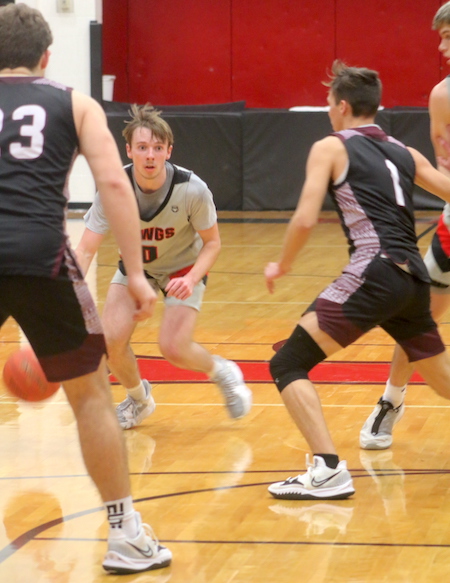 The Dawgs will return to action tonight on the road at Huntington St. Joe ( 7-2 ) before heading to Owensboro to play Christian Academy out of Louisville ( 13-3 ) in the Class 2A State Tournament.

“… Very proud of our guys for playing so well in the 2A tournament. As coaches, we are blessed to have a group of guys like this. We made a list of team goals before the year started and winning the 2A tournament was one of those. These guys were on a mission and was not going to accept anything but winning it.”

“… Offensively, we shared the ball better than we have all year and defensively we were able to get stops when we really needed them. That is a winning combination! Very proud of this team. Looking forward to going to Huntington St Joe tonight and then to the state tournament in Owensboro on Wednesday!”