Cody Maynard drives to the basket against Floyd Central on Saturday. 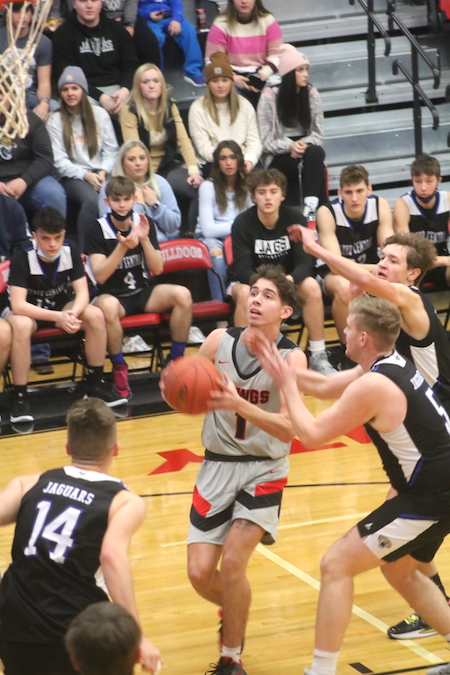 The Dawgs hit 7 three pointers and went 16 of 21 from the foul line.

The Jaguars hit 5 three pointers and 4 of 5 from the foul line.

The Dawgs will play Magoffin Co. ( 7-5 ) at 4:30 on Sunday with the winner headed to Owensboro for the Class 2A State Tournament.

The Hornets beat Rowan Co. on Wednesday 62-48 to advance to the title game.

Andrew Bloomfield looks to make a move against Floyd Central on Saturday. 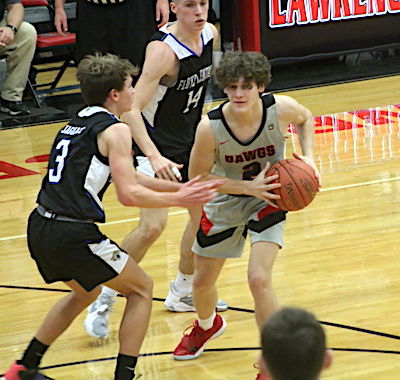 “… So proud of our guys for coming out and playing well against a good Floyd Central team. It’s survive and advance in a tournament like this, and we are thankful our guys are giving us a chance to compete in the championship tomorrow. Come out and support these guys as they battle in the championship against a good Magoffin county team for a spot in the 2A state tournament in Owensboro!”