LAWRENCE COUNTY UNDER WINTER STORM WATCH FOR THURSDAY INTO FRIDAY

by Wade Queen
in Local News Today
Share on FacebookShare on Twitter
THE CURRENT WEATHER PREDICTION MODELS, IF THEY HOLD, WOULD GIVE OUR LOCAL AREA THE POTENTIAL OF HALF A FOOT OF SNOW, LOW TEENS FRIDAY NIGHT
JANUARY 5, 2022 – written by WADE QUEEN 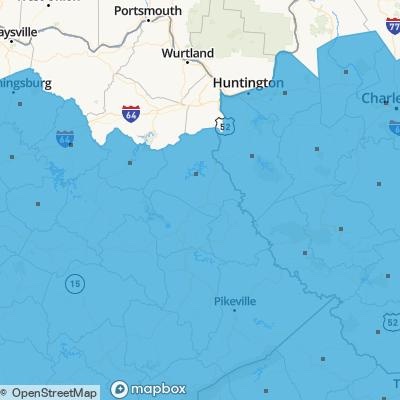 While the vast majority of folks were asleep during the overnight hours, at 3:03 A.M., January 5, the National Weather Service in Charleston,West Virginia issued a weather bulletin, which announced a Winter Storm Watch, for a large swath of bordering areas of three states, in which Lawrence County is in the warning areas for from mid-afternoon Thursday into Friday morning.

If the current forecasts models hold true, and the National Weather Service upgrades the storm watch to a Winter Storm Warning, Lawrence County stands to potentially receive several inches of snow, and the most snowfall Lawrence County has received in several years.

If this happens, afterwards the expected 18 hour range of snowfall will be followed by a very cold Friday with daytime temps in the mid 20 degrees with the lows Friday night in the low teens.

Here is the official weather statement from the National Weather Service below:

Already with this weather system concerns, another weather system for the mid-weekend into Monday mornings is being watched, as it is going to be a tricky wild one to predict, as current forecasts show a cold rain coming in Saturday evening, with a quarter-inch of rainfall going into Sunday, with another half-inch of rainfall and temperatures in the low 50s, but things will get super dicey, when temperatures start plunging early Sunday evening, dropping to 20 degrees by daylight Monday morning and a dusting of snow, but more concerning will be a major ice build up on area roads and power lines

If the maximum amount of snow and icy cold temperatures Thursday afternoon into Friday night, it could possibly create a strong enough of a “refrigeration effect” of coldness to cause the late weekend to develop into two bad scenarios: an ice storm threat; or an unexpected blizzard-like storm that surprised the Washington D.C. metropolitan area two days ago on Monday.