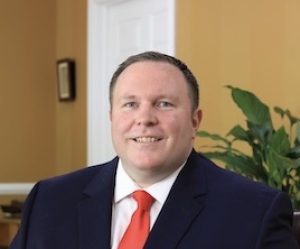 When we convene the 2022 Regular Session on Tuesday, January 4, we start the clock on a 60-day session and an extensive list of goals to accomplish. Before we adjourn on April 15, we must craft a responsible budget, plan to invest federal COVID-relief funds wisely, redraw legislative and congressional district lines appropriately, and address storm recovery in west and western Kentucky and pandemic relief needs across our commonwealth. In addition, we will continue our efforts to improve child welfare, reform public assistance programs, and fill gaps in our approach to the mental health crisis. I hope to continue providing legislative updates throughout session and appreciate the opportunity to publish them here.

Redistricting: It looks like the first issue we will tackle is voting on new district boundaries for state legislative, congressional, and judicial seats. The Kentucky constitution requires states to redraw legislative district boundaries to reflect population changes since the last census. Drawing these maps requires following often conflicting legal and constitutional considerations. Late last week, a group of lawmakers working on the redistricting proposal released a preview of the House plan. While we are all still reviewing the possible changes to our districts, I think we agree that this proposal represents a committed effort to meet all legal considerations while respecting communities and appreciate the efforts of those who have spent months working on the plan. This plan does not split a single precinct in the entire state and every district is entirely contiguous and as compact as practicable given variables like topography and existing county precinct lines. This has not always been the case. For comparison, consider that redistricting plans passed by previous legislatures included more than 150 divided precincts. Currently, we have a district that reaches from the Tennessee state line to a community 30 minutes from downtown Louisville. Population shifts required the combination of existing House districts and the plan ultimately combines four pairs of incumbents – two sets of democrats and two sets of republicans. As with all legislation, this measure is subject to change. I do expect that we will vote on a final plan by the end of our first week so that we can return our focus to the budget and other issues.

State Budget: According to the Kentucky Constitution, the legislature must approve a spending plan for the state’s agencies and programs. The budget must be balanced, meaning we can spend no more than we can pay for with state revenue. The constitution also requires the state’s budget begin in the House of Representatives. The budget is often referred to as the most important policy document that we pass. After all, one glance at someone’s checkbook will tell you more about their priorities than anything they say. Our current spending plan reflects our commitment to responsibly investing tax dollars into programs that benefit the people of Kentucky. We allocated historic amounts to education, water and waste-water infrastructure, and broadband expansion. After spending the spring, summer, and fall preparing to craft a spending plan for the next two fiscal years, I am looking forward to building on that foundation.

Tax Modernization: I want the people of Kentucky to work more for themselves and less to pay taxes to state government. However, decades of poor political leadership created billions in pension debt and exploding Medicaid program costs. While we did not cause the debt, we must fix the problems and meet our financial obligations. We have two options: raise taxes or grow our economy. Raising taxes hurts working Kentuckians, but growing the economy gets more Kentuckians in good-paying jobs. One of the best ways to create jobs is modernizing the tax code in ways that make sense with the current economy. Our tax code is outdated, complicated, and better suited to the economy of 1970 than today. The legislature started modernizing taxes before the pandemic and efforts to broaden the base and lower tax rates so that more people pay less were paying off when the first case of COVID was diagnosed. These changes are part of the reason state revenue is faring well today. After all, prior to the pandemic we were on track to shatter state revenue records and saw record high investments in economic development. I am hopeful we will consider additional changes that benefit the people of our state.

Storm Recovery/Emergency Preparedness: Now that major portions of west and western Kentucky face the aftermath of December’s deadly tornadoes, we are assessing what role the legislature needs to play in helping communities and individuals recover. While we have federal emergency agencies at work in the area now, we know they will not be there forever. It is up to us to look at long term policies that will help rebuild these communities, get people back to work and school, and help folks restore their lives. This tragedy also drives home the need to review how our state approaches emergencies and what we can do to better prepare for them in the future.

Like you, I want this state to be the best place to live and work so that every Kentuckian has an opportunity to reach their full potential. That philosophy will guide every vote I take between now and April 15. I hope you will feel free to contact me over the next few weeks. You can reach me by calling 502-564-8100, through the toll-free message line in Frankfort at 1-800-372-7181, or by e-mail at patrick.flannery@lrc.ky.gov. You can keep track of committee meetings and potential legislation through the Kentucky Legislature’s Home Page at legislature.ky.gov and you can also follow me on Facebook @FlanneryUpdates.

LAWRENCE COUNTY UNDER WINTER STORM WATCH FOR THURSDAY INTO FRIDAY