DAWGS PLAY WELL IN SOUTH CAROLINA DESPITE THEIR RECORD; HOST BELFRY IN 2A ON TUESDAY

Dawgs enjoying some time on the beach before playing in the Carolina Invitational. 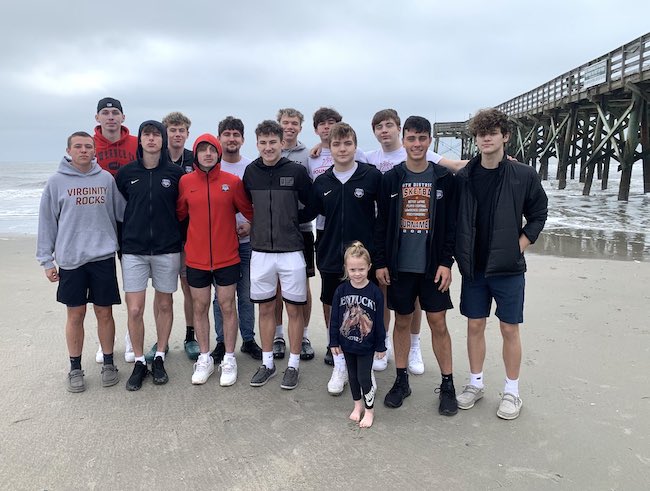 In the opening game of the Carolina Invitational the Dawgs suffered their first loss of the season to Calvary Day out of Winston-Salem, North Carolina.

Lawrence Co. hit 9 three pointers and went 11 of 19 from the foul line. 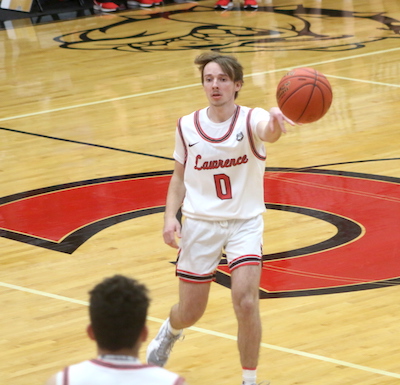 The Bulldogs played the host school and cruised to a big victory in their second game of the trip.

Cody Maynard finished with 82 points in three games in the Carolina Invitational. 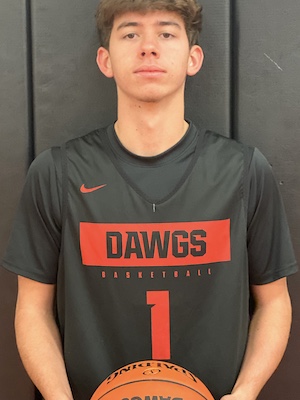 In the final game of the trip the Dawgs lost a high scoring affair bright and early Thursday morning to the squad from Mt. Pleasant, South Carolina.

Lawrence Co. hit 12 three pointers and went 11 of 24 from the charity stripe.

The Dawgs will return to action on Tuesday when they host Belfry in the Class 2A Region Tournament.

Full Schedule Below for the Class 2A Tournament with all games at LCHS for Boys and Girls.

“… It was a very good team trip to Charleston, SC this week. We were able to play 3 games against good competition. We were able to see length and athleticism that will be the best we see all year. We as coaches were very proud of the way our boys competed. We competed in the high level bracket and our guys never backed down. Got beat in a close game against Calvary Day, NC. They were very long and athletic and shot the ball extremely well. We were then able to beat Northwood Academy, SC before losing another close one to the #6 team in AAA Oceanside Collegiate Academy they were definitely the biggest and strongest team we have played this year.”

“… We were proud of our kids fight and willingness to compete and we came home knowing that we undoubtedly got better as a team this week. On top of that we were able to create memories that will last a lifetime!”